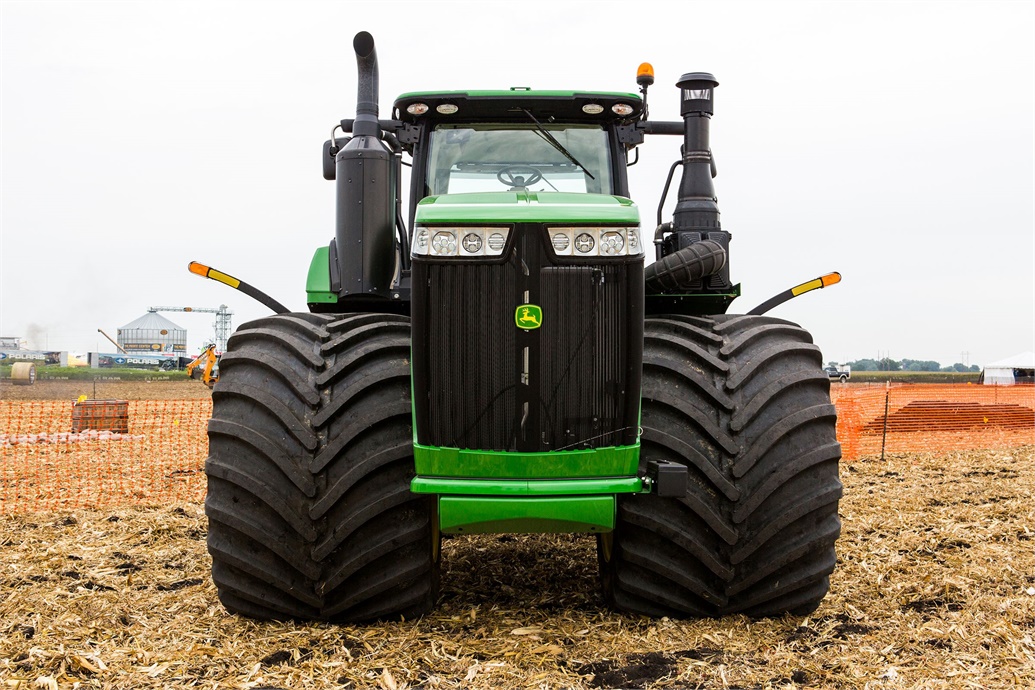 Titan International has debuted what it is calling the largest farm tire in the world. The tire manufacturer used Farm Progress 2016 event as the venue to launch Goodyear OPTITRAC LSW1400/30R46, a new tire in the range of Goodyear Extreme Flotation tires with Low Sidewall Technology. The tire has a 1400 mm section that arguably makes it the largest farm tire in the world and it is resented as a viable alternative to tracks of normal dual configurations that are generally used on large 4WD tractors. This allows tie tire to provide farmers with the right combination of traction, ride quality and flotation.

According to Scott Sloan, agricultural product manager for Titan and Goodyear Farm Tires the company developed the new tire to cater to the growing demand for super-single flotation tires. Many people are beginning to rethink the traditional concept that standard dual configurations work well in every application as dual configurations can cause unnecessary soil compaction. The company had earlier tried out this concept for MFWD tractors and combines, and is now offering this tire as an option for 4WD tractors. The tire will become available by the second quarter of 2017.”

The LSW1400/30R46 tire is part of the OPTITRAC range, which is  Goodyear’s most popular R1W radial design and the new size is particularly suitable for high-horsepower 4WD tractors like the  John Deere 9000-series or Case Steigers. It can reduce compaction in any scenario where dual 710/70R42s or 800/70R38s are being used as normally when used in dual configuration, these tires cause pinch row compaction and rutting between the tires and give rise to higher level of ground-bearing pressures under the tread. The Extreme Flotation design of the LSW1400/30R46 tire spreads ground-bearing pressure across a wider, singular footprint thus causing less soil disturbance.

As the tire has LSW technology, it also has a larger rim diameter when compared to standard tires. This is one of Goodyear’s exclusive design s meant to improve lateral stability, and thus minimize  occurrences of power hop in high draw bar applications, as well as road lope during high-speed transport. The overall width of the machine is also reduced versus a standard dual configuration. This improves the turn radius and makes driving on the road easier.

The launch of the OPTITRAC LSW1400/30R46 tire comes in the wake of the recent news that major brands like John Deere, Case and New Holland are all now offering Goodyear LSW flotation options for select new equipment purchases. All these recent fitments point to a new trends towards greater acceptability of flotation sizes, as well as the benefits of LSW technology.