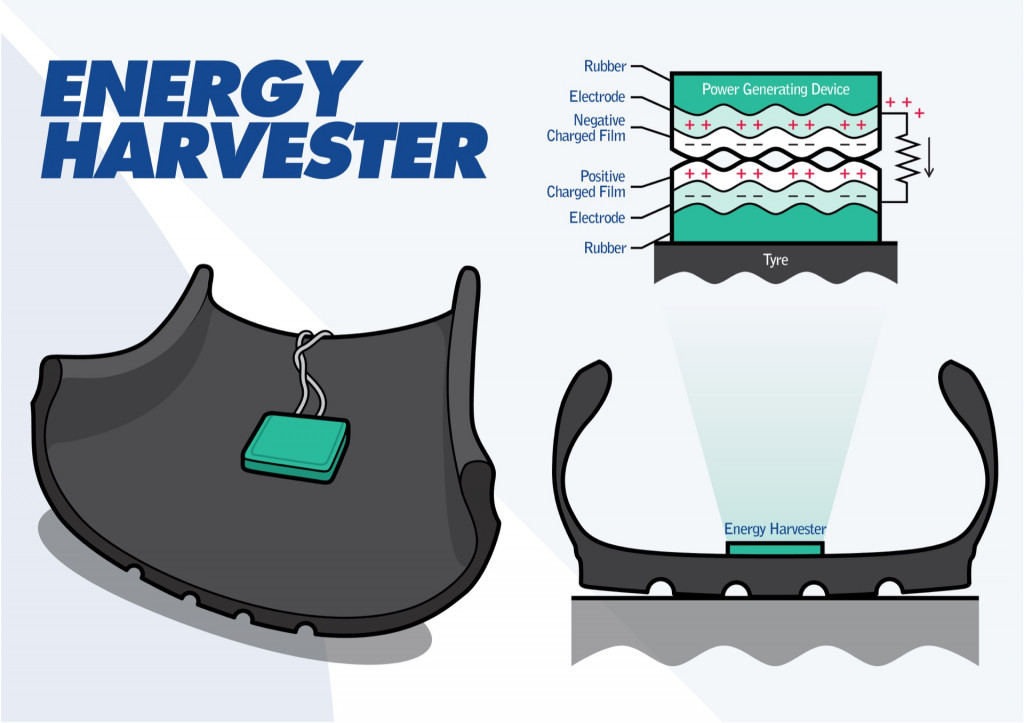 Sumitomo has developed an ingenious “energy harvester” that can generate electricity from the frictional charging or static electricity that occurs as a tire rolls along the road, deforms and ten returns to its original shape. There is every possibility that when this technology is developed further, it could be of use for the vehicles of the future.

Sumitomo’s energy harvester comprises two layers of rubber. Each layer is covered with an electrode and a film. As the tire moves along the road, undergoing deformation in the process, the negatively charged film on one side will interact with the positively charged film on the other side. This interaction generates a little bit of electricity that could potentially be used as a source of power.

The energy generated might not add a lot of kilometers to the range of an electric vehicle. But it could be adequate for providing power to a small device like a tire pressure monitor. The tire pressure monitor is already inside the tire and needs only a little power to keep it going. Hence, it is a perfect candidate. Sumitomo said that the electricity that is generated could also be used for other devices, but did not give any further details.

These tires may not be generate a lot of electricity but the Japan Science and Technology Agency considered the project to be one that merited additional research. Hence, Sumitomo will receive financial support from the agency for its R&D.