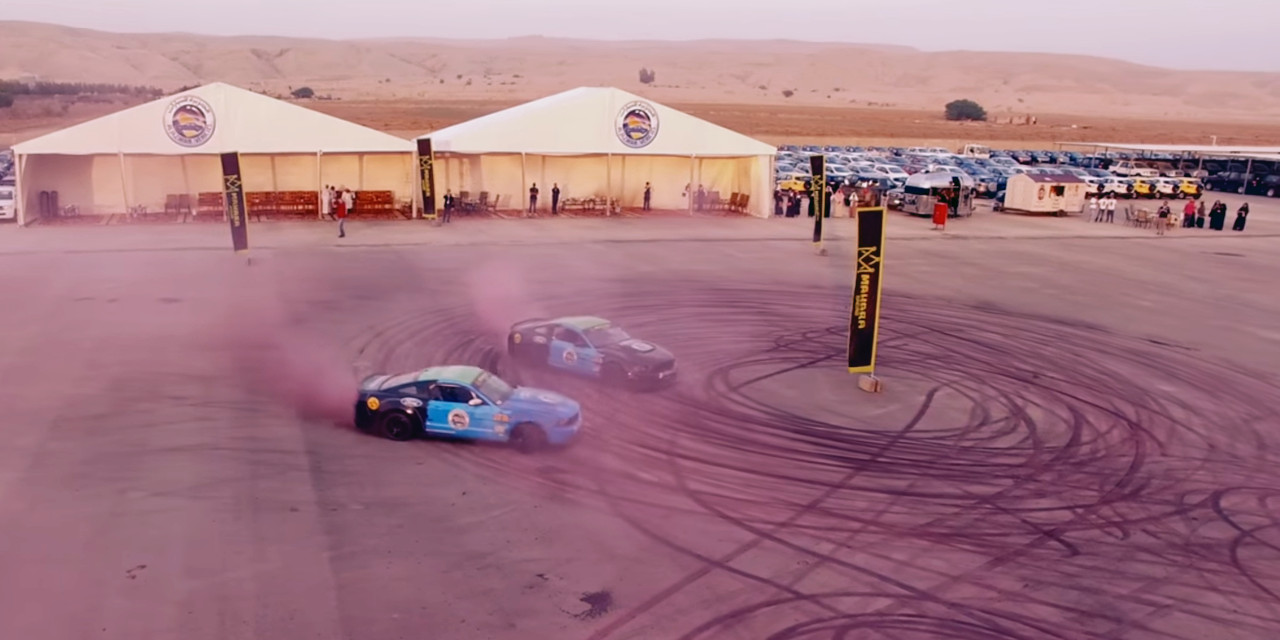 Stunt drivers belonging to the Al Jazirah Ford Racing Team in Saudi created the world’s largest tire mark as part of a larger drive to spread awareness about breast cancer. The two drivers, Abdulhadi Al-Qahtani and Muath Al-Essa drove Ford Mustang RTR drift vehicles which emitted pink smoke and had pink bow ties on their rear windows.
Representatives from the Guinness Book of World Records were on hand at the storage center of the team to certify the tire mark as the largest in the world. Alan Pixsley, a Guinness World Records adjudicator, confirmed the new record, and he gave an official certificate to the two drivers.

Normally, October is the month of breast cancer awareness, but the record attempt was made in December by the Saudi Arabian racers. What matters is not the month in which the record was broken but the role of the gesture in promoting awareness about this important cause.