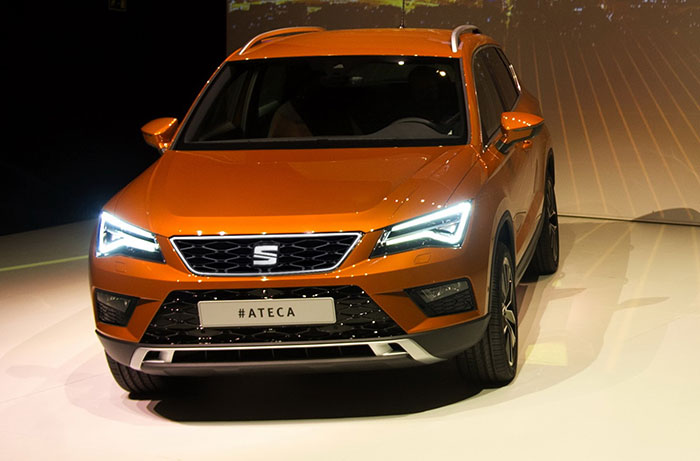 Seat, Volkswagen’s Spanish brand has announced that it has selected tires from Falken as the OE tires for its first SUV model, the Ateca. Falken Tyre is a subsidiary of Japanese tire manufacturer, Sumitomo Rubber Industries and will be supplying the tires through Falken Tyre Europe. The Ateca will come off the production line with Falken Azenis FK453CC in size 215/50R18 92W and Ziex ZE914A tires in size 225/55R17 97V.

Speaking about the OE homologation, Christian Stolting, key account manager of original equipment at Falken Tyre, said that the company was really proud to get this OE fitment. Falen not only managed to impress the Seat engineering team with its tires but also received positive reviews from testers belonging to the German auto magazine Auto Bild Allrad. The Auto Bild Allrad rated the FK453CC tire really well when it came to short braking distances on both dry and wet roads. The tire’s main attraction is its outstanding price-to-performance ratio.

In the Auto Bild Allrad tire test which involved seven tires, the Azenis FK453CC was the topper with the best price-to-performance ratio, good safety results, and low pass-by noise to meet the requirements of most SUV drivers.

The Ateca homologation is Falken’s first OE fitment with Seat and Seat now joins Falken’s growing list of OE partners. The Spanish VW Group brand is the latest to join a growing stable of OE customers for Falken. Falken’s other recent OE deals include those for Volkswagen’s 2015 Passat, Chrysler 200 models manufactured in the US and for Honda’s compact SUV HR-V model.