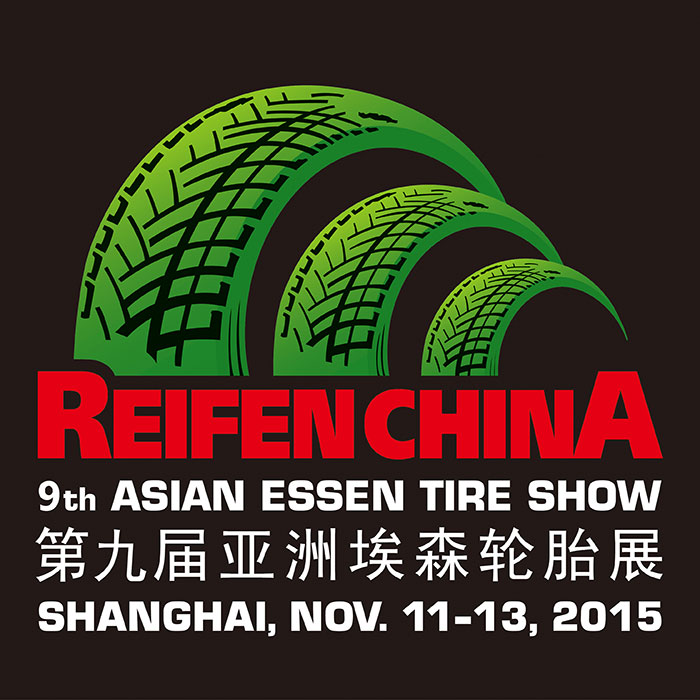 The eight edition of the Reifen China Show is all set to go. Scheduled to be held from November 11 to 13 at the New International Expo Center in Shanghai, about 100 key players in the tire and retread industry including participants from countries like Russia, China, Germany, Italy and India are expected to participate in the show which has gone from strength to strength in every edition.

Jointly organized by China United Rubber Corporation and Messe Essen, prominent participants include companies like Chem China (China National Tire & Rubber Corporation ) which will be showcasing its Aeolus brand at the show, Double Coin and Triangle Tire. In addition to the major tire manufacturers, trading companies will also be participating in the show and this time round, there is a greater level of participation from the retread sector with participants like Eversafe, Newera, Tangshan Xingyu and TRM – which are important suppliers from China, Italy and Malaysia.

Concurrently with Reifen China, Rubber Tech China which has more than 550 exhibitors will help attract more visitors to the show. The China Forum, a complementary program featuring globally renowned experts on the tire industry will add to the allure of the show.

With the tire market in Asia booming alongside the Chinese auto market, the Reifen China show serves as an important platform for export-oriented manufacturers and companies in the region to connect with each other.

According to a statement issued by the organizers, China is not only the largest car market in Asia but, with over 300 million tires produced, is also the largest tire market in the world at the same time.

The association between Messe Essen and China United Rubber Corporation, the two organizers, has flourished to the extent that they brought the RubberTech brand to Europe to hold a similar show alongside Messe Essen’s flagship Reifen show in Essen Germany in 2014.

Reifen China 2015 will a tire show to surpass all tire shows in Asia with its focus on the tire and retread industry. Exhibitors will exhibit a wide range of industry related products including tires, casings and tubes, tire accessories, chassis systems and tuning parts, systems and equipment for production, vulcanization and retreading as well as workshop equipment, tire servicing and vulcanization materials and technology.