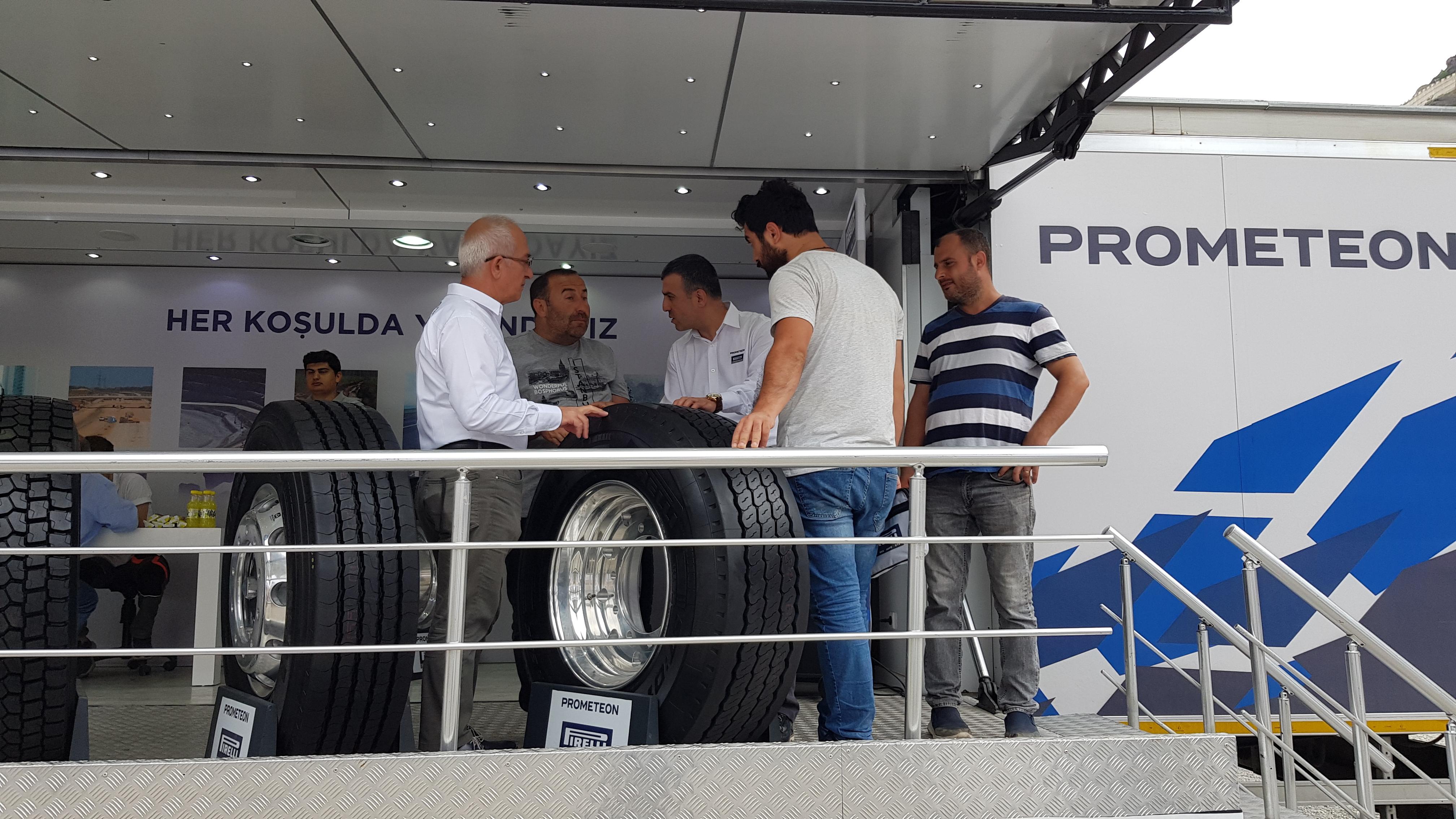 The Prometeon Tyre Group has announced that the company is planning to invest almost USD 115 million dollars in the period covering 2017-2020 in its manufacturing facility in Turkey. The amount would be used to increase the company’s production capacity and implement advanced technology in the company’s factory, which is located in İzmit. This is the first tire factory that was established in Turkey. Gregorio Borgo, Chief Operating Officer of Prometeon Tyre Group and Alp Günvaran CEO of Prometeon Turkey, MEA, Russia, CIS made the announcement.

Prometeon will use the funds to expand the production capacity and hire 150 new direct employees. The investment is also expected to provide indirect employment to 750 people. These jobs will be created in addition to the 2,000 direct jobs and 10,000 indirect ones that the plant has already created. By 2020, the annual tire production capacity at the plant in Turkey is expected to increase by 75 percent with overseas exports almost doubling from current levels. This is expected to have a significant impact on Turkey’s trade balance.

Commenting on the infusion of funds, Gregorio Borgo, Chief Operating Officer of Prometeon Tyre Group said that the factory in Turkey is Prometeon’s premium factory for Europe, both when it comes to OE Premium tires and replacement tires. Prometeon is making this investment with the goal of increasing capacity in the future to align with the growth it expects in the Europe and MEA markets. The Prometeon Tyre Group already manages the first tire factory that was ever set up in Turkey and has significant expertise that it has gained over almost 60 years of operations in Turkey.
Borgo added that Prometeon Turkey is serving as an important production, management and talent hub for the Group. Turkey serves as the company’s management base for 75 countries in the MEA, Russia, and CIS markets which is one of the company’s four main regions in the world. The company realizes almost one third of its annual turnover from the region which is managed by its Turkey office and over 50 percent of the tires that Prometeon manufactures in Turkey are exported.

Commenting on the importance of the investment with regard to Turkey’s trade balance and the effect it would have on the country’s exports, Alp Günvaran the CEO of the Turkey, MEA, Russia, CIS Region of Prometeon Turkey said that Prometeon’s Izmit factory has been breaking new ground ever since it was established in 1960. The plant, which was the first such facility in Turkey, continues to be a key force in engineering and can play an important role in exports from Turkey. Currently, the plant’s current annual capacity is almost 1 million units. This will further reinforce Turkey’s position as one of the largest suppliers of Europe in the industrial tire group. The factory is one of Prometeon’s four such production facilities in the world and continues to add value to the tyre industry on a global scale. The plant is the first plant in Turkey to have received an R&D certificate issued by the Turkish government”.

The Prometeon R&D Center which is located in the Izmit facility has been in existence for over a decade and plays a key role in the development of the company’s highest-technology tires. The facility tests almost 7,000 prototype tires every year for the Turkish market and related countries.

The Prometeon Tyre Group was spun off from Pirelli in March 2017 as a separate company and is the only such company that focuses solely on industrial tires. Pirelli and Prometeon Group now function as separate companies.