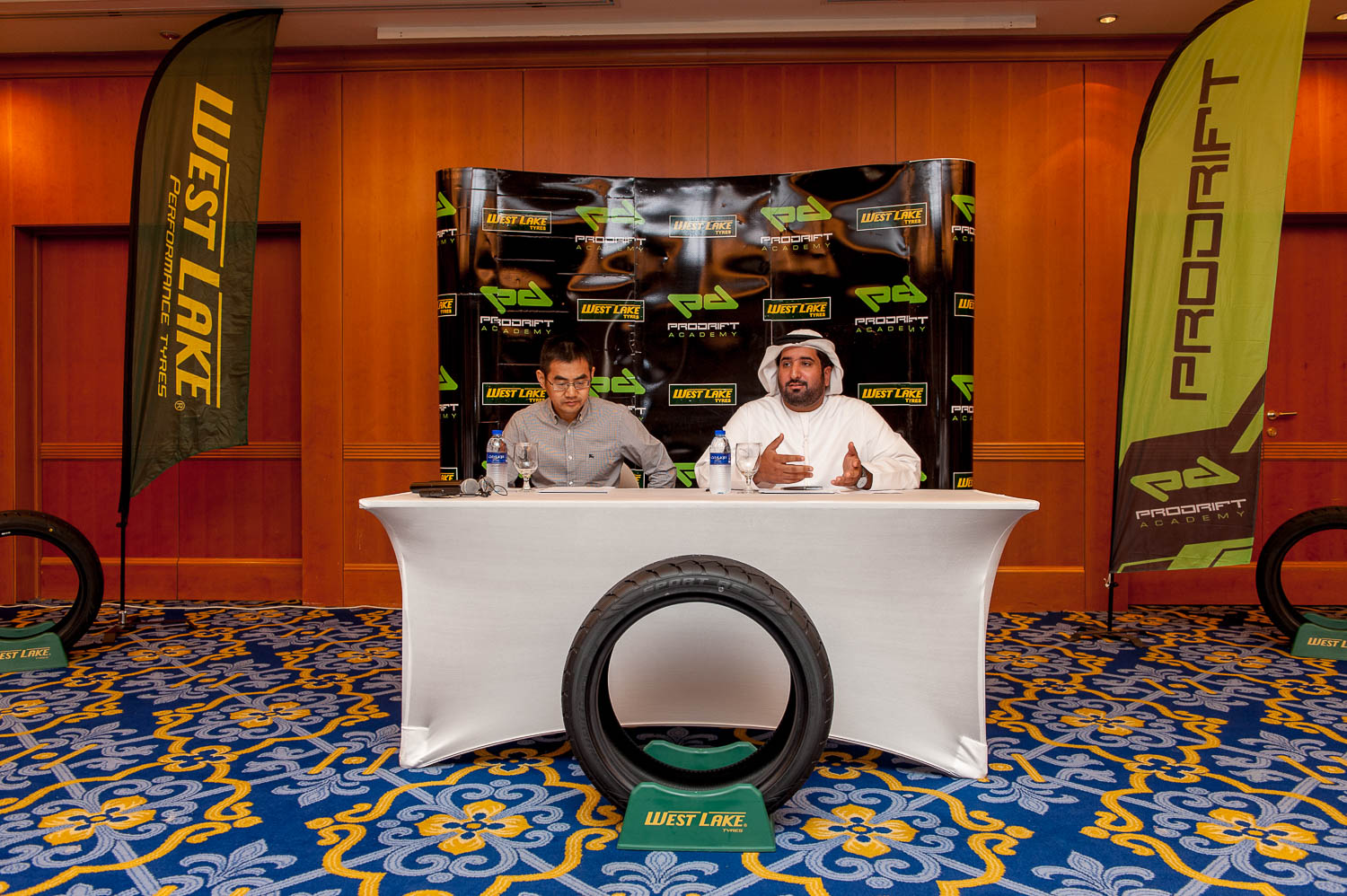 Prodrift teams up with Al Rahala to Use Westlake Tires

The Prodrift Academy in Dubai has recently signed a partnership agreement with Westlake Tyre for the 2016/2017 drifting season in the UAE. In the UAE, Al Rahala Trading Co. LLC is the authorized distributor for Westlake tires. The agreement between the two organizations was officially finalized at a signing ceremony that was held at the Dubai Marine Beach Resort & Spa.

As an outcome of the partnership, Prodrift Academy will be using Westlake tires for its full fleet of training and professional drift cars. The Prodrift Academy is the leading training facility in the Middle East for learning and experiencing drifting and it is one of the leading drift brands across the globe. Westlake tires is a leading Chinese tire brand and its Sport RS tire has been recognized as a frontrunner when it comes drift performance. The Sport RS tire has played a leading role in numerous drift championship wins and has a proven track record.

He expressed his hope that Prodrift Academy’s drifting expertise and use of Westlake tires will help both organizations to achieve their goals in the forthcoming season.