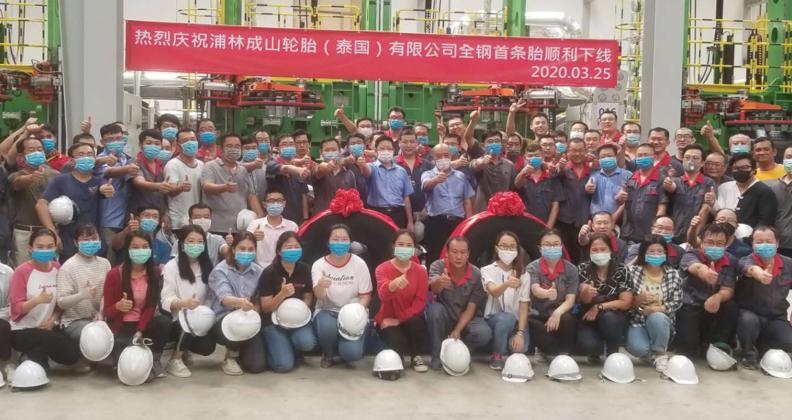 Prinx Chengshan Tire (Thailand) Co. Ltd has announced that the firm’s factory in Thailand has produced its first radial tire for commercial trucks. The company achieved this milestone a few months before the scheduled date and a year after breaking ground for the facility.

The officials of Prinx Thailand said that the company has completed its production line for the manufacture of all-steel radial tires that are conventionally used for commercial trucks.

Prinx Chengshan is a tire maker based in Rongchen, China. The factory in Chonburi, Thailand is the company’s first overseas production base. Prinx Chengshan is a well known tire manufacturer which was established in 1976 and is listed on the main board of the Hong Kong Stock Exchange. The company, which is the No:35 tire manufacturer with annual sales to the tune of USD 800 million sells tires under the Austone, Chengshang, Fortune and Prinx brands.

According to the company, the USD 300 million factory makes tires according to global standards “of green intelligent manufacturing.” The factory is scheduled to begin its first phase of production in the second quarter of 2020.

“The successful completion of Prinx Thailand is the new impetus for the global development of Prinx Chengshan Tire,” said company officials.