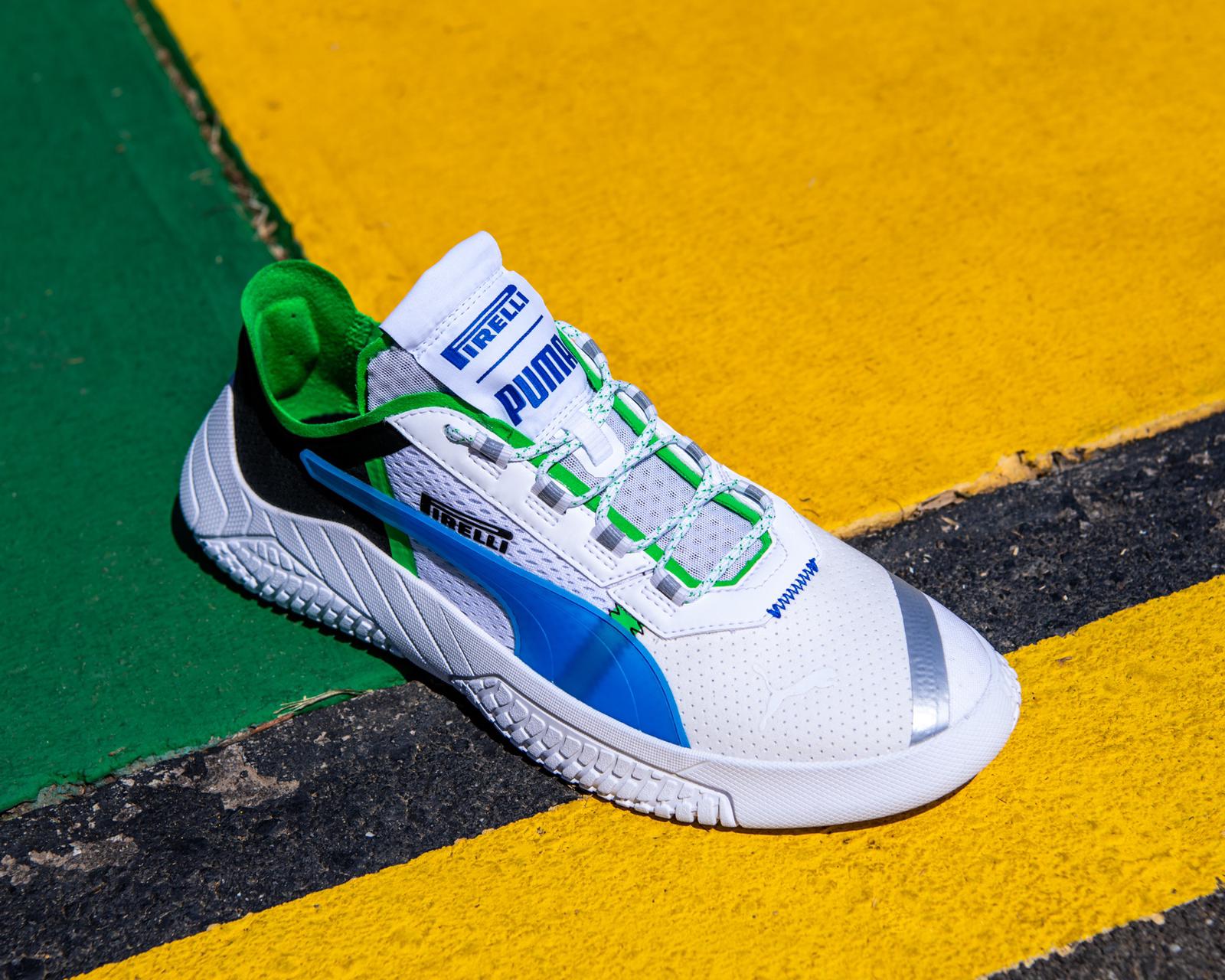 Pirelli Teams up with PUMA for Aerodynamic Shoes

Pirelli has teamed up with Puma for designing shoes that are as powerful as a racing car. Pirelli is known for its tires that are synonymous with powerful cars both on and off the track. The new collaboration has resulted in shoes that can convey the excitement of the race track through your feet.

The two combined the expertise that Pirelli used for designing and developing its CINTURATO Blue tire which is used for the most powerful cars in the racing world with Puma’s motorsport heritage to create the new Replicat-X shoe. The shoe is positioned as one that can perform in a manner similar to the modern supercar, thus conveying the excitement of the racetrack to the street.

The Replicat-X has a low F1-car inspired profile and comes with what can be termed as an “oversized” full rubber outsole. This is used in tandem with a comfortable molded sock-liner. Pirelli’s unique CINTURATO Blue tread pattern which is used for giving the tire the highest level of traction at wet races has been used on the sole to give customers who use the shoes a measure of grip and control.

The shoe’s upper sports a perforated Microfiber-suede on the vamp, as well as lateral mesh panels for breathability, making the shoe suitable for really fast walking or running and giving it an advantage from an aerodynamic perspective. Pirelli branding is also seen on the midfoot, the tongue pull tab, and the bottom of the sole in the form of the company’s distinctive red and yellow colored logo. The Puma touch is seen in the bright blue translucent formstrip down the side, the black heel and refreshing green highlights.

The new Replicat – X shoe was pre-launched in selected stores on April 26 and will be available at the retail level from May 15.