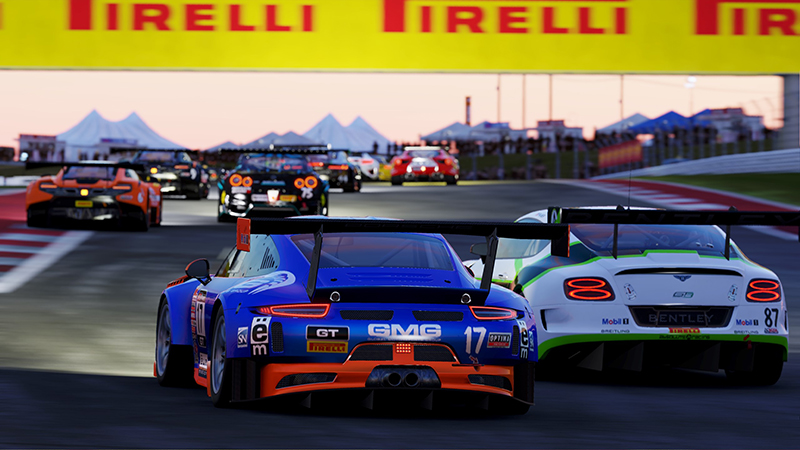 Pirelli has signed a technical, promotional, and marketing partnership with the simulation company Slightly Mad Studios for its Project CARS franchise. As part of the deal, Pirelli would contribute its expertise in motorsport and tyre technology and North America’s premier GT production series, the Pirelli World Challenge, to the second version of the game. The Project CARS 2’s was released on 22 September, and is playable in the in-game career mode. It featured GT3 cars and their specific liveries. Tracks include Long Beach, Circuit of the Americas, Road America, and the Mazda Raceway Laguna Seca.

It is expected that the technical partnership with Pirelli will add to the authenticity of Project CARS 2, which has already won gamescom’s Best Simulation Game award for 2017. According to Slightly Mad Studio, the company has utilized Pirelli’s technical insights to enhance the handling and feel of all the 180-plus cars in Project CARS 2. Pirelli provided expert knowledge regarding the simulation of carcass construction, the cut and wear that tyres experience due to rubber thermomechanics, tyre-slip angle curves and tyre heating. Hence the players who use the game get a better feel of real-world motorsport due to the collaboration with Pirelli.

Pirelli World Challenge president and CEO Greg Gill said that Pirelli worked with Project CARS 2 for many months. He felt that the partnership would give Pirelli World Challenge fans to fully enjoy their favourite cars and that the partnership would lead to new ventures that would be enjoyed by the fans and the series. He expressed his excitement at having the PWC cars included as part of the Project CARS2 game.

Mario Isola, Pirelli head of car racing said that working with Slightly Mad Studios and seeing how their similar their processes were to Pirelli’s proved to be an interesting experience.

“Bringing our technical and sporting solutions to Project CARS 2 has been a unique challenge, and ensuring our tyres simulate our real-world tyres in-game was a key element in our technical relationship. Knowing Project CARS 2 drivers will feel the sporting technology that underpins Pirelli’s motorsport heritage is important to us.”

Stephen Viljoen, game director on Project CARS2 said that having Pirelli as a partner during the development cycle of Project CARS 2 resulted in instant results. Comparison of data that Pirelli and CARS2 had using similar processes facilitated live comparisons. This allowed CARS2 to understand how the ‘in-game’ Pirelli tyres differed from the real tyres. Through this partnership, CARS2 got a very accurate idea of slip, grip, tear, heat, and many other tyre-related parameters, and all of this would mean greater authenticity for the drivers.