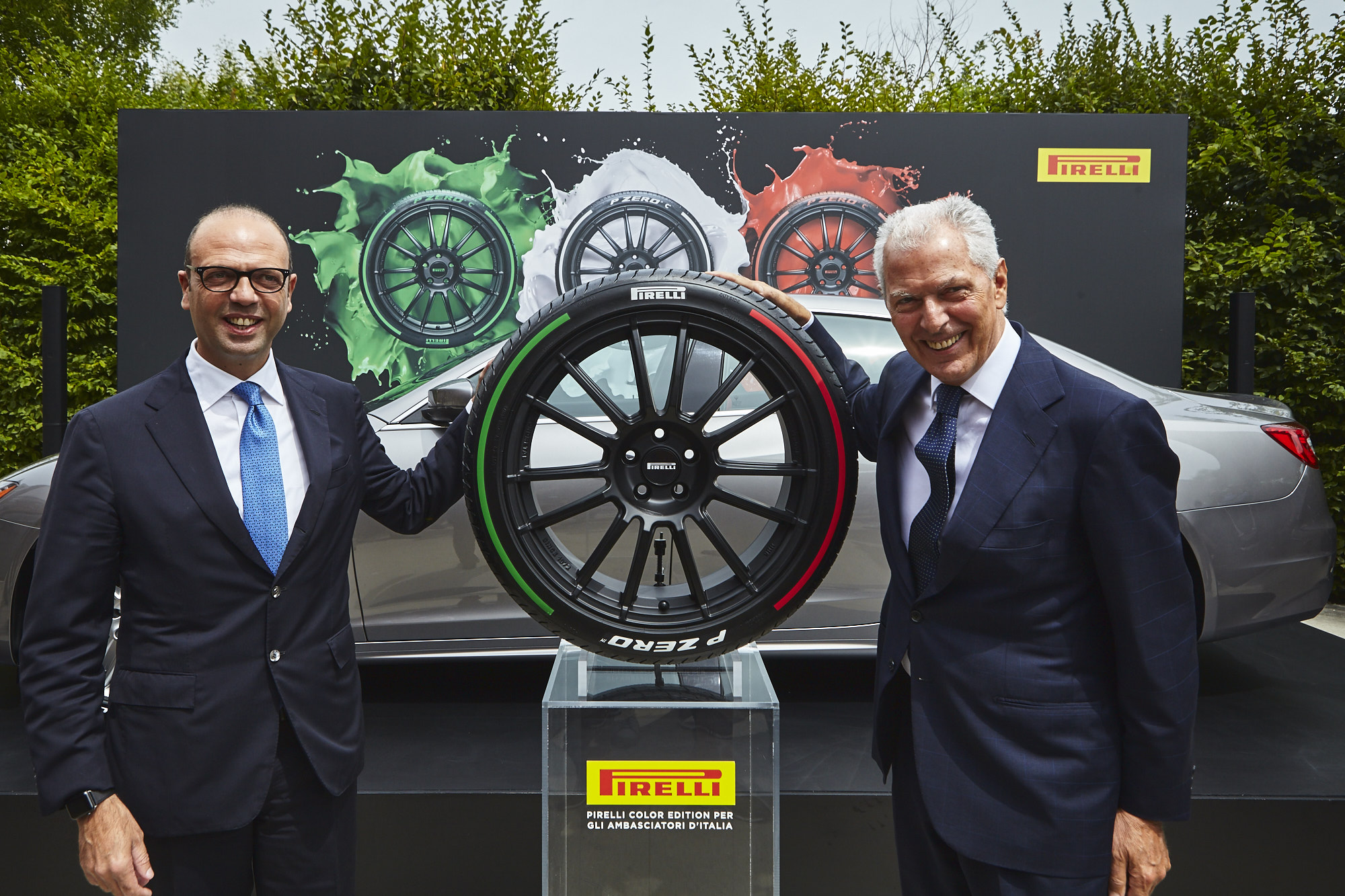 Tire manufacturer, Pirelli, which is considered as one of the symbols of Italy’s industrial excellence, is making a limited edition tyre to represent the Italian tricolor in different parts of the world. The Pirelli Colour Edition, is a tyre sporting a coloured sidewall and was recently launched by the Italian firm. It will made in a limited production run in the colors of the Italian glag.

The tire is meant to be used on Italian diplomatic cars that will be used in France, United Kingdom, Germany, China, Japan, Russia, Switzerland, United States and our very own United Arab Emirates.

The first Maserati Quattroporte employing the green, white and red P Zero tyres was launched by Marco Tronchetti Provera, CEO and Vice Chairman of Pirelli, in the presence of Italian Foreign Minister Angelino Alfano, after the final session of the four-day XII Ambassadors’ Conference. The venue for the launch was the Pirelli Hangar Bicocca, Pirelli’s space dedicated to contemporary art. The event of the launch of these tyres served as the symbolic handover of the first set of Pirelli ‘Tricolore’ tyres to the Italian diplomatic corps.

Pirelli’s Color Edition tyres debuted at the 2017 edition of the Geneva Motor Show earlier this year. These tyres represent the final frontier of the ‘perfect fit’ strategy, which is Pirelli’s response to the increasing requirement for personalization: both from car manufacturers as well as everyday drivers.