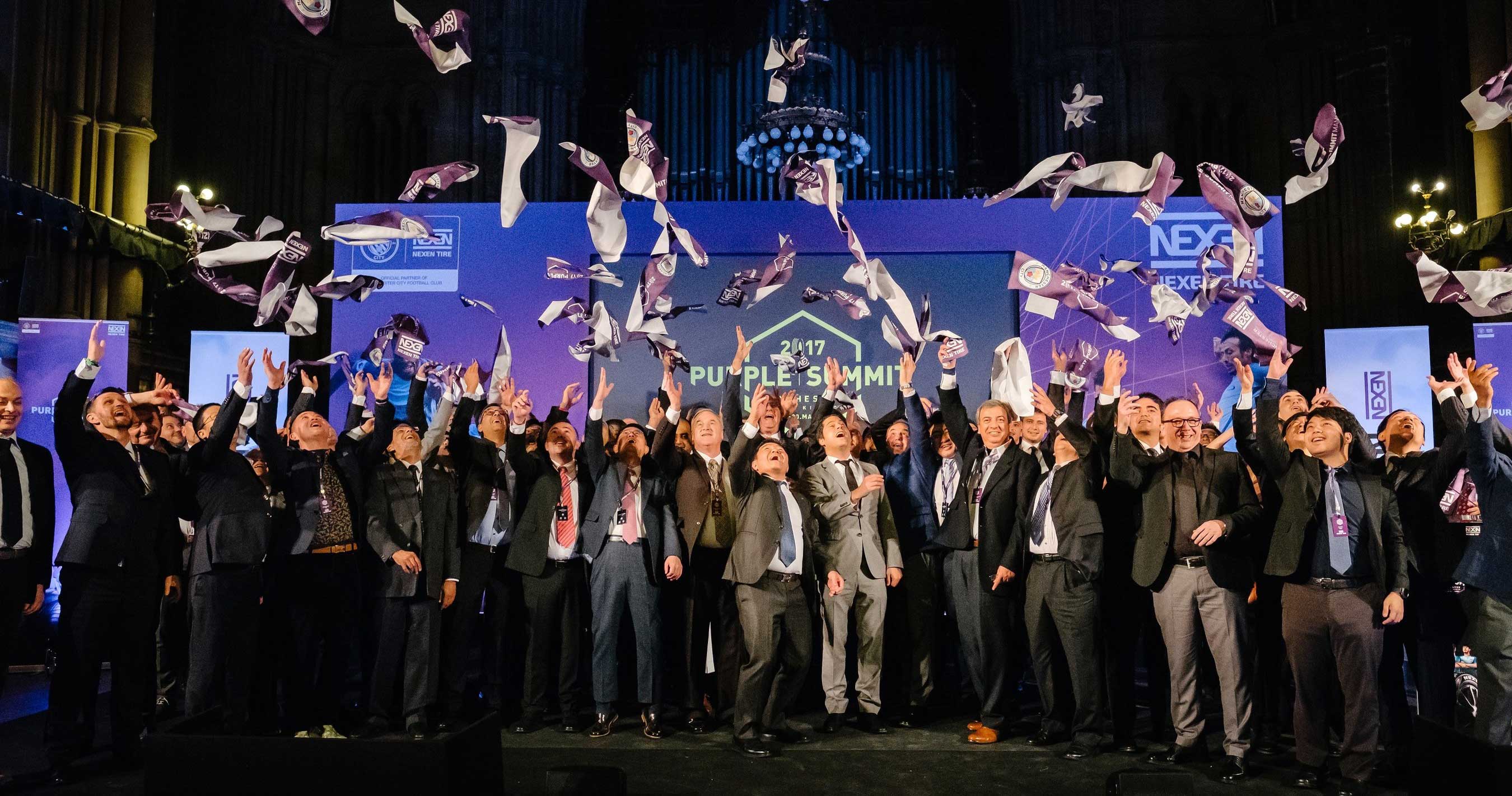 Nexen Tire had recently finalized a sleeve sponsorship deal with renowned football club Manchester in order to promote brand awareness. The company went on to hold its “2017 Purple Summit” in Manchester city to strengthen its ties with its business partners across the world. The event was mainly meant to highlight the expansion of the brand’s presence at the global level. Delers from as many as 34 countries attended the event that was held in Manchester.

As part of the event, the Korean tire manufacturer’s business partners got plenty of opportunities for networking including a relaxing dinner, and conferences focusing on Nexen Tire’s marketing activities at the global level and its range of tires. Another major achievement for the company this year was the deal with Manchester City Football Academy. They also got a chance to attend an exciting soccer match between Manchester City F.C. and Liverpool FC at the renowned Etihad Stadium, Manchester City FC’s home ground.

During the halftime break at the game, a Nexen Tire Skills Challenge was held as part of which fans had opportunities to win special prizes by shooting accurately through a Nexen tire.

Speaking at the event, Travis Kang, CEO of Nexen Tire said that the company was proud to organize the ‘2017 Purple Summit, Manchester’ for its worldwide business partners and customers, as this would help to build deeper, and long-term business relationships. He went on to state that Nexen will continue to investing in and growing its partnerships with its partners and customers around the world.