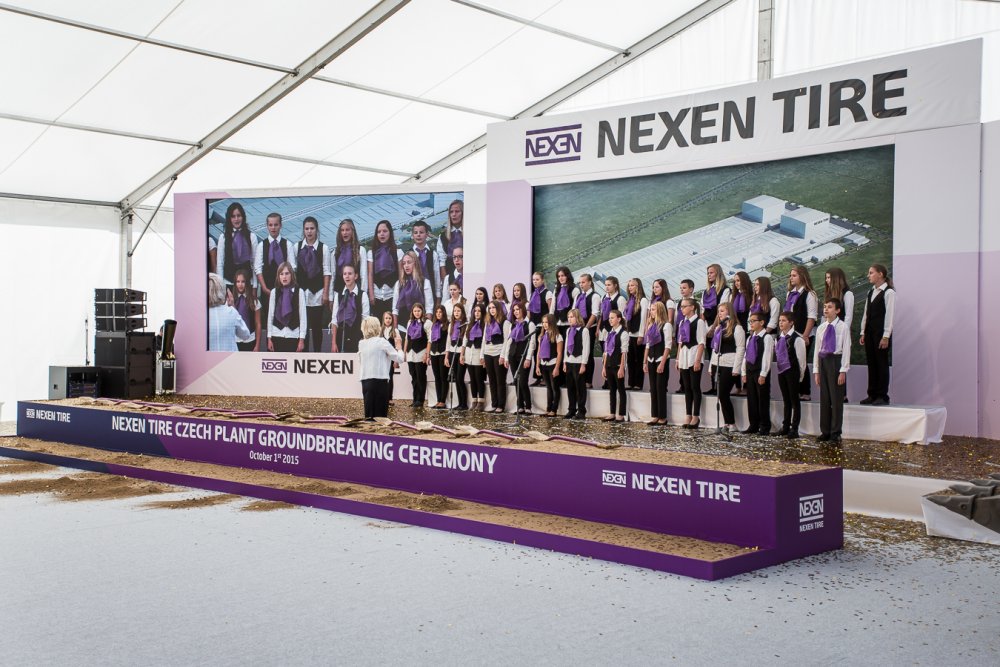 Nexen has announced that its subsidiary in Europe, Nexen Tire Europe is ready to begin trial production at its greenfield tire production facility in Zatec. The tire manufacturer is currently engaged in making the final touches to the factory and is awaiting regulatory approval before it begins trial production.

Nexen had broken ground for the USD 1.1. billion factory in October 2015. The plant in Zatec is located on 650,000 square meters of land and once it is fully operational, it is expected to create more than a 1000 jobs in the region. It was slated to become operational last year. In the first phase, the plant will make about 15,000 tires on a daily basis. Nexen did not give the reasons for the delay in the completion of the project. Once the plant begins production, Nexen’s plan is to gradually scale up production at the factory to increase its capacity to make over 12 million units on an annual basis.

The greenfield facility in Zatec is Nexen’s second overseas manufacturing facility with the first one being located in Qingdao, China.

Dzido claimed that the factory would be one of the most modern tire manufacturing plants not only in the Czech Republic and Europe, but also in the world.

Nexen decided to establish a plant in Europe in order to cater to the growing demands of the European market, and to ensure a stable supply of original equipment tires for global car manufacturers including Volkswagen, Skoda, Renault and SEAT. Nexen is thus seeking aggressively to increase its presence in the OE segment and thus become one of the top tire manufacturers in the world.