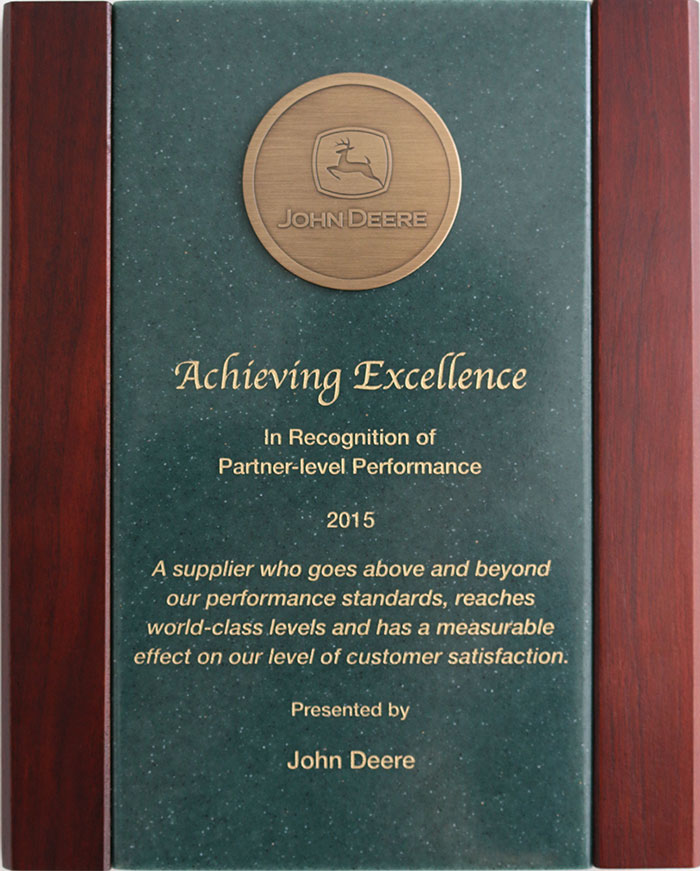 Mitas been recognized as Partner-level supplier for 2015 by the John Deere Achieving Excellence Program. The Partner-level status is the highest accolade and rating from Deere & Company for hits supplier partners. Mitas received the honor on the basis of its commitment to continuous improvement and dedication to providing products and service of outstanding quality. Mitas employees received the award at a formal event held on 13 April 2016 in Zweibrücken, Germany. Mitas supplies radial agricultural tires to John Deere’s network in Mexican, European, US and Russian markets.

Speaking about the award, Jaroslav Čechura, Mitas’ CEO said that the company has received the Partner-level award five times in the years from 2004.

Mitas supplies radial agricultural tires to John Deere’s plants spread across the world including its Mannheim and Zweibrücken factories in Germany, the Saltillo unit in Mexico, the Domodedovo plant in Russia, and the Waterloo and Augusta factories in the United States.

“The Partner-level award from John Deere is an important acknowledgment of the quality of Mitas tires and moreover the service beyond the product provided by the Mitas team,” added Lutz Rose, Mitas’ key account manager for John Deere.

John Deere evaluates all suppliers who participate in the Achieving Excellence program on an annual basis with regard to several key performance categories including delivery, technical support, quality, cost management, and wavelength, which is used to rate responsiveness. John Deere Supply Management first created the program in 1991 in order to promote continuous improvement through a periodic supplier evaluation and feedback process.