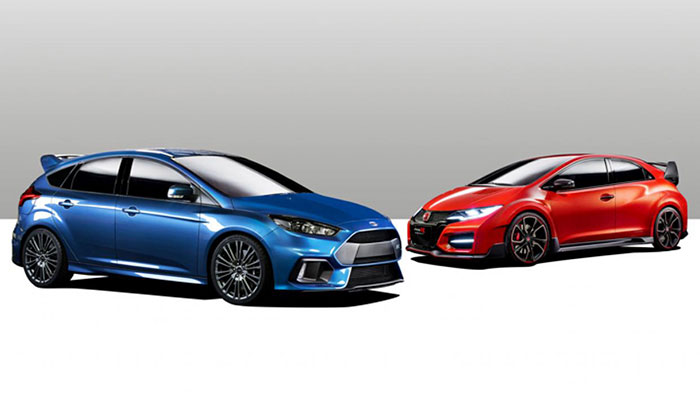 Renowned tire manufacturer, Michelin has added another OE fitment to its growing list of factory fitments. Michelin has won the OF fitment of the 2016 Ford Focus RS models and they will be fitted with either Michelin Pilot Super Sport or Pilot Sport Cup 2 tires.

The Ford Focus RS made its global debut at the Frankfurt motor show that was held last September and will emerge from the Ford factories with Michelin Pilot Super Sport road tires or Pilot Sport Cup 2 tires in 235/35 ZR19 size on both the front and rear wheels, depending on customer preferences.

Commenting on the new fitment, David Put, Ford development engineer and driver said that the Michelin Pilot Sport Cup 2 tire offers outstanding grip levels and this contributed to faster lap times on the track. When it comes to driving on the road, the tire lends a greater degree of precision to road handling. Thus the Focus RS is able to retain its dynamic, playful nature while drivers get the added benefit of smoother handling. The Michelin and Ford performance teams worked jointly to come up with tires that would be the right match for the 2016 Ford Focus RS.

Both tires have been developed using technologies that evolved on the racetrack such as a variable tension high-density fiber belt for high-speed stability. As an outcome of the variable tension it provides, the belt tightens the tread area more than the shoulders giving the tire greater ability to counter the centrifugal force. This leads to more even distribution of pressure throughout the contact patch.

Another notable feature of the tires is their bi-compound tread. This innovation was inspired by racing tires in which different rubber compounds are used on the right and left side of the tread to provide the tires with consistently high grip levels irrespective of road and weather conditions.

The Michelin Pilot Super Sport tire has a Variable Contact Patch 2.0. Though the shape of the contact area will change when the car takes a corner, the amount of rubber that stays in contact with the roas will remain the same. In the Michelin Pilot Sport Cup 2, Variable Contact Patch 3.0 is used. In this contact patch, the pressure in the contact area is optimized so that the amount of rubber in contact with the road continues to be same whether the car is travelling on a straight road or is taking a corner. In combination with the Track Longevity Patch, which has a specific kind of rubber mixture for the shoulder of the tires, tires get a longer life when they are used on the track.