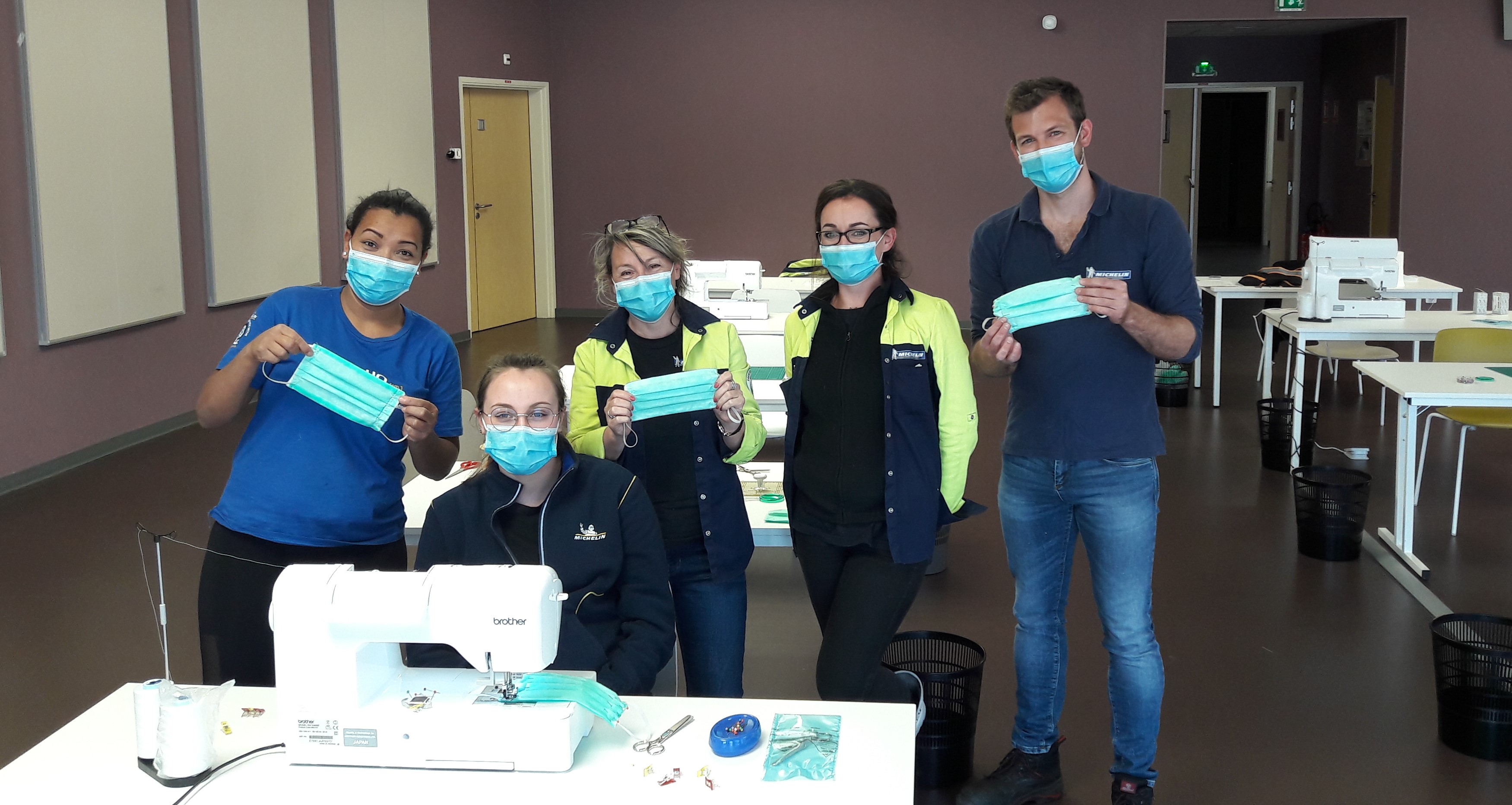 Ever since the beginning of the global COVID-19 pandemic, the supply of personal protective equipment to the healthcare professionals who are performing a heroic role by working day and night on the frontlines of the fight against the virus has been a burning issues. Many companies have retooled their production lines and factories to race against time to manufacture equipment like gloves, surgical masks and ventilators.

In response to this crisis situation, tire maker Michelin has mobilized the huge capacity of its teams in the field of research, materials, manufacturing and scientific intelligence to design, manufacture and deliver several types of mask in large quantities and within extremely short timeframes. Michelin has thus taken on an active role in the global battle against the Covid-19 pandemic. The company has not only increased the number of masks it donates to health-care workers in the countries where it operates, but has also protected the health and safety of its own employees by providing them with masks.

Michelin launches the production of surgical masks in 10 European plants

As part of its plans to support the fight against Covid-19, Michelin has now made arrangements to make about 400,000 category 1 surgical masks on a weekly basis. The masks will be made either at the company’s own workshops or in collaboration with partners or subcontractors. The company has already selected 10 sites in Europe including La Combaude in Clermont-Ferrand (France), Olsztyn (Poland) and Zalău (Romania) for this purpose. Capacity for the production of masks in Europe will be ramped up and similar initiatives would be implemented in North America as well. Michelin has also joined other companies as part of a team under the leadership of Grenoble-based collective VOC-COV in the design and large-scale rollout of a reusable mask.

The OCOV® FMP1 or FMP2 mask, which has been completely developed and manufactured in France’s Auvergne-Rhône-Alpes region in record time, is affordable and sustainable. It can be made in large quantities and reused up to 100 times due to the use of five washable and interchangeable filters.

At the request of several French hospitals, Michelin has also launched the production of sterilisable polycarbonate visors for health workers. Starting from next week, the tire maker will be managing the outsourced production of 10,000 visors.