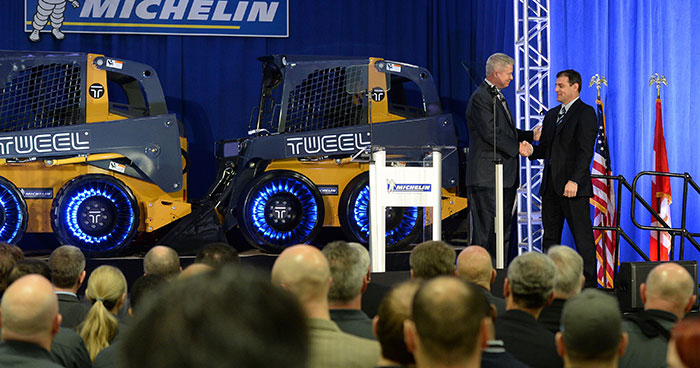 Michelin has formally announced that it will be setting up a new production facility in the center of Mexico. Located in León (Guanajuato state), the new plant will make high-end tires for light trucks and passenger cars, with the first tires expected to come off the production line by the end of 2018. This new factory will be the French tire manufacturer’s 21st factory in North America and 69th on a global basis and is meant to reflect Michelin’s commitment to manufacturing tires in locations that are close to the markets they are meant for.

The plant which will cover an area of 142,000 square meters will require investment to the tune of USD 510 million and the construction is scheduled to begin in the second half of 2016. In the first phase, it will produce four to five million tires on an annual basis to cater to booming tire market in the region comprising automotive manufacturers and retail Michelin customers. The plant will be located within three hours drive from as many as 18 vehicle manufacturers. In the second phase of construction which will be completed by 2020, the annual capacity is expected to increase by at least 5 million units to double production.

Guanajuato state in Mexico has turned into a major hub for automakers, with both Toyota and Ford announcing plans to set up factories to take there to take advantage of Mexico’s low labor costs, closeness to the United States and free trade agreements with other countries in the region. This is why other tire manufacturers like Goodyear Tire & Rubber, which had announced plans for a USD 550 million plant in San Luis Potosi are also drawn to the country as an investment destination.

The Michelin plant is expected to employ over 1,000 people in the first phase and another 750 people when production is ramped up in the second phase by 2020.

This will be Michelin’s second manufacturing facility in Mexico. It already has a factory with a wrkforce of 640 people, which is located close to its headquarters in the state of Queretaro.