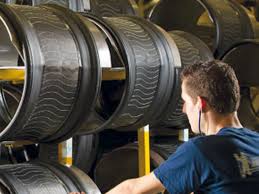 Groupe Michelin has announced that it has achieved zero-emissions status at its plant in Les Gravanches/Clermont-Ferrand. The factory is now completely powered by renewable energy. The company’s CEO Florent Menegaux termed this development as the “first of its kind” in the world during a conference call that was held to announce the tire manufacturer’s annual results.

The Cermont-Ferrand factory was built in 2001 and makes ultra-high performance car and motorcycle tires. The machines used in the plant are 100 percent electric and the workshops are heated by the “residual heat” that is emitted from the machinery, according to Michelin.

Michelin started the process of converting the plant to a zero-emissions facility in 2017 and it took two years, with the plant becoming completely emissions-free in November 2019.

The factory makes 5,500 tires on a daily basis and per day and most of the tires made at the plant are shipped to leading automotive manufacturers like Audi A.G., BMW A.G., Ferrari S.p.A., Porsche A.G. and Mercedes AMG.
This year, the factory is slated to produce 1.8 million units, according to Michelin.

Late in 2019, the French tire manufacturer had announced ambitious plans to achieve zero-emissions status across the group by 2050 as part of its commitment to sustainability. It approach is based on “consuming less” and an “energy transition.”

Michelin ahs already started implementing this strategy at many of its factories and according to the company has managed to reduce CO2 emissions by 22 percent from 2010-18 throughout the company’s European operations, where 85 percent of the factories are powered by electricity that is derived from renewable sources.

“In the future, we will pursue these efforts by improving the energy-efficiency of our industrial tools, using more renewable energy and eliminating coal,” Michelin said.
Five of the 70 production sites that the tiremaker has across the world are still powered by energy derived from coal.