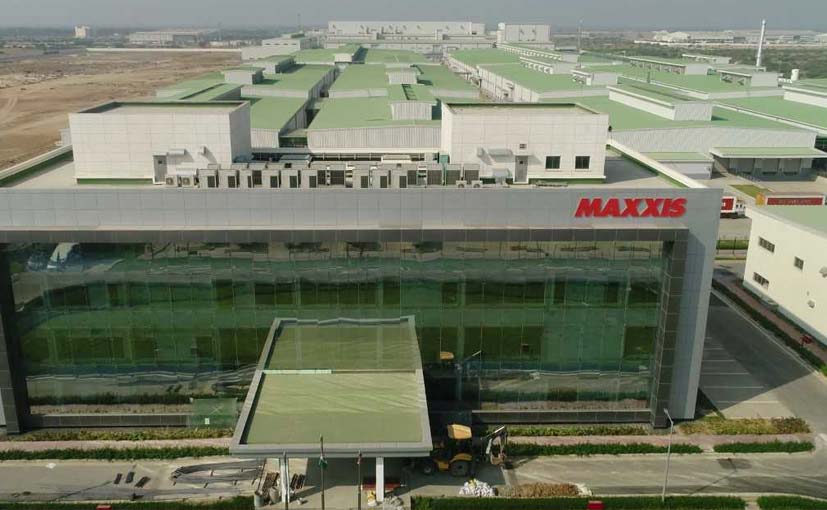 Maxxis Tyre, the Taiwanese tire manufacturer has opened its first factory in India. The company’s subsidiary in India, Maxxis Rubber India Pvt Ltd India held a gala event to mark the official opening of the plant in Sanand, Gujarat. The event was attended by eminent dignitaries like Gujarat chief minister Vijay Rupani and representatives from Maxxis including Maxxis International chairman Tsai-Jen Lo, Maxxis Tyres India president Cheng Yao Liao, and Maxxis India commercial head and president Gary Liou. Maxxis Tyres is the ninth largest tire manufacturer in the world and is the leading manufacturer of tires for two-whelers in the world. Maxxis tires are also highly popular among offroaders. The company’s goal is to achieve a 15 per cent market share in India over the next 5 years.

Maxxis established its presence in the Indian market in 2015 and has spent an amount of Rs. 2,640 crore on the plant in Sanand. The plant covers an area of 106 acres and production at the facility began in August 2017. The plant will serve as a key manufacturing facility for Maxxis as it is the company’s westernmost plant, with all the other plants being located in South East Asia. The Sanand plant will be in a better position to cater to the needs of customers in Africa and the Middle East and the American and European markets down the line. As of now, the plant will only make tires for the Indian market.

Speaking at the opening of the plant, the Gujarat chief minister, Rupani focused on the need for further localisation and urded Maxxis to work closely with the Gujarat forest department to explore the possibility of growing the rubber needed to make the tires locally.

Initially, only tires for scooters will be made at the Sanand factory and the plant will switch to making tires for any other two-wheeler as needed. Currently, the plant has the capacity to make 60,000 tires and 40,000 tire tubes on a daily basis. Of this, the first phase production capacity of 20,000 tyres and 40,000 tubes is ready at the moment.

The capacity of the plant will be expanded at a later stage in two phases. Maxxis is already the OEM supplier of tires for Honda 2Wheeler India and one of its most popular models, the Activa from 2015. Maxxis also supplies OEM tires to top automotive manufacturers like Maruti Suzuki India, Mahindra & Mahindra, Tata Motors, and Jeep India.

Globally, Maxxis has presence in 180 countries with 21 manufacturing facilities, and 5 R&D centers.