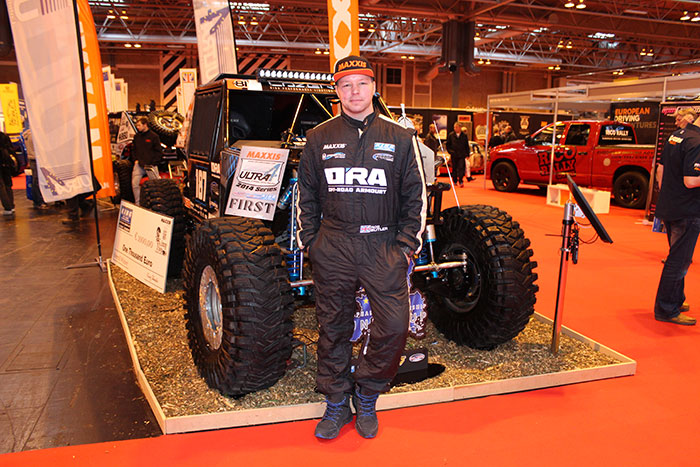 Maxxis International has announced that Maxxis will extending sponsorship support for Rob Butler of Off-road Armoury during the duration of his participation in the 2016 Ultra4 Championship. This announcement has been made in the wake of Maxxis’s title sponsorship for Ultra4 Europe in the past two years.

Rob Butler is one of the most successful off-road drivers in Europe, with a career that is well into its second decade in the field of off-road racing. Speaking proudly about the partnership, the managing director of Maxxis International, Derek McMartin said that Rob has been a great advocate for the Maxxis brand in the past and so the company could not forego an opportunity to support him again. Supporting Ultra4 Europe for the past two years has immensely helped in increasing brand awareness about Maxxis in Europe and this new sponsorship support for Rob Butler will help to promote the brand on a global scale, especially in the United States, at the Ultra4 Championship races.”

McMartin added that the company already has a strong presence in the US with its US subsidiary, Maxxis US sponsoring Levi Shirley of Lucky Dog Racing. Supporting Rob will help the company to widen its customer base as it would further showcase the immense capabilities of Maxxis 4×4 tires to customers across the world.

The deal comes just a few months after the release of The Man from U.N.C.L.E. where Butler had his Eurofighter 4×4 vehicle, along with Maxxis Trepadors and just a week before the biggest race in the Ultra4 calendar, King of the Hammers.