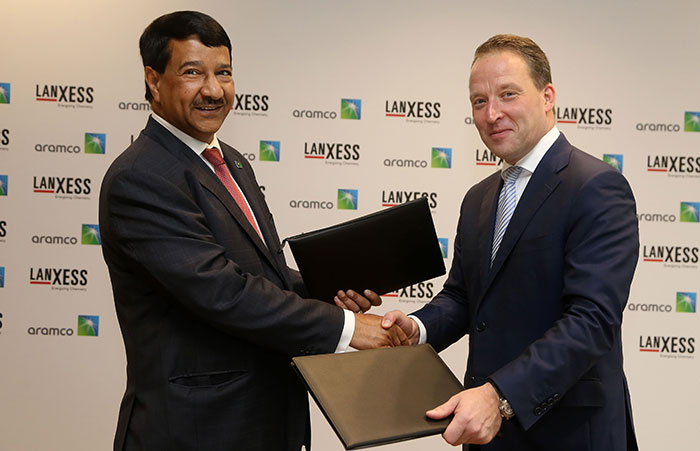 Lanxess and Aramco to launch Joint Venture on April 1

The specialty chemicals company Lanxess has ventured into a partnership with Saudi Arabia’s state-owned petroleum company Saudi Aramco. They signed a joint venture agreement in September last year and the new joint venture company will be launched on 1 April, 2016. Both companies will have an equal stake in the venture which will be known as Arlanxeo. Both the name of the company and its logo combines elements from those of both partners and is paired with the tagline ‘Performance Elastomers’ in order to showcase the product range of the new company.

Commenting on the new venture, Lanxess AG Board of Management chairman Matthias Zachert who will also be the chairman of Arlanxeo’s Shareholders’ Committee said that Arlanxeo will be positioned as a new and independent player in the global market for synthetic rubber, eventually evolving into a strong brand.

“Under its new name, Arlanxeo will build on the customer focus, recognition and reputation of both Saudi Aramco and Lanxess, which both partners are very proud of,” added Abdulrahman Al-Wuhaib, senior vice-president downstream, Saudi Aramco.

Lanxess and Saudi Aramco signed the agreement to create the joint venture company on September 22, 2015. With an investment of 2.75 billion Euros, the company will be engaged in the development, production, marketing, sale and distribution of synthetic rubber that is a crucial component in the production process of many industries including the global tire industry and the automotive parts industry. Arlanxeo will be based in Holland and the two companies will shortly finalize the members of the management team to run the joint venture. Both partners will have equal representation on Arlanxeo’s board, with Lanxess appointing the CEO while the CFO will be from Saudi Aramco.

“With this joint venture of the world’s largest producer of synthetic rubber and the world’s largest integrated energy company, we have laid the foundations for the sustainable and positive development of Arlanxeo,” said Zachert. “This is a win-win for our customers as well as for the employees of Arlanxeo. We are looking forward to the launch of this promising new partnership.”