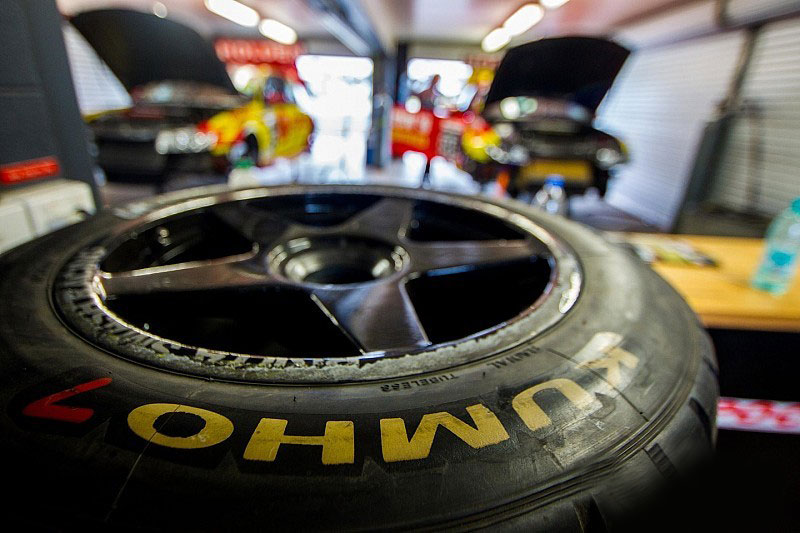 Kumho has revealed that the company is developing an 18-inch Touring Car tire. The tire can be used on a supercar and the Korean tire manufacturer is designing the tire as part of its recent  three-year sponsorship deal with the third-tier V8 Touring Car Series. Kumho has won the name rights for the series, which will henceforth be known as the Kumho Series. While the control tire for the second-tire Development Series will come from Dunlop, the third-tier championship will use Kumho tires.

The top two tiers of Supercars racing have already made the transition from 17 inches to an 18-inch wheel and tire package, but the Kumho Series will be using the old 17-inch system. Nevertheless, as an outcome of the three-year sponsorship deal with the V8TC series, Kumho is preparing to introduce an 18-inch Kumho tire set in the 2019 season.

Commenting about the development, Kumho Tyre Australia’s Marketing coordinator Rachael Sinai said that Kumho has been a part of the V8 Touring Car Series right from its inception. The tire manufacturer has played a crucial role in the growth of the series to become an exciting and competitive part of the motorsports scene in Australia. Introducing an 18-inch wheel and tire package is the logical next step.

She added that Kumho has already begun working on the development of the tire. The company will work closely with both the competitors and the series to come up with the best possible package to promote great racing.