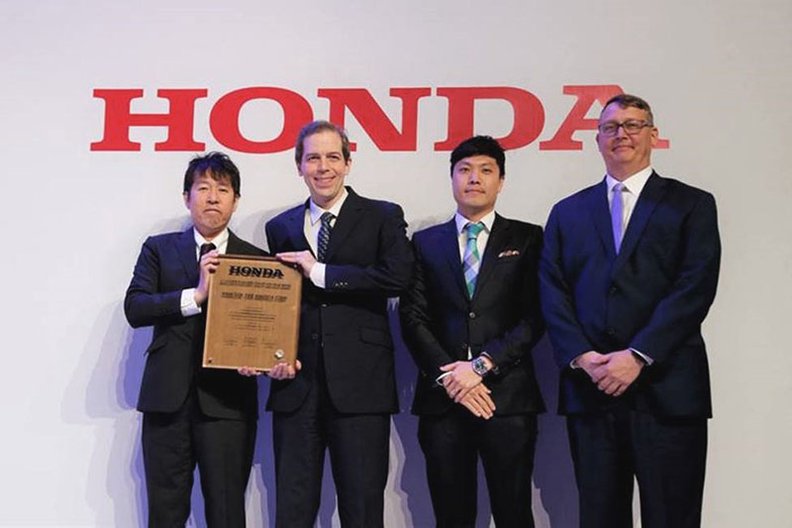 The company honored both Michelin and Hankook Tire America Corp with its top supplier awards for 2018. The two tiremakers were among 85 North American suppliers that the Japanese carmaker honored for consistently exceeding expectations and offering outstanding value.

Hankook Tire America Corp was one of only four suppliers which received Honda’s “Double Award.” The “Double Award” recognizes excellence in all of the areas of quality, delivery and value, according to Honda.

Commenting on the awards, Pam Heminger, vice president for Purchasing, Honda of America Mfg. Inc. said that the value of the company’s suppliers and what they contribute to the company is critical to its  success and its efforts to bring about innovation in its products and production processes to make them more future oriented.

Hankook said that with this award, the company has now received four awards in the supplier value category from Honda as well as two in the newly merged delivery and quality category.

Hankook has been supplying tires to Honda from 2013 and it has been delivering both passenger car tires and light truck tires to 16 Honda plants across North America.

“Hankook values our partnership with Honda to provide the highest quality tires for Honda vehicles,” Eric Shirley, Hankook Tire’s director of original equipment sales, said in a statement. “These awards are a reflection of our strong and growing relationship, and it is an honor to continue to support Honda.”

Michelin received the supplier award for excellence in quality and delivery.