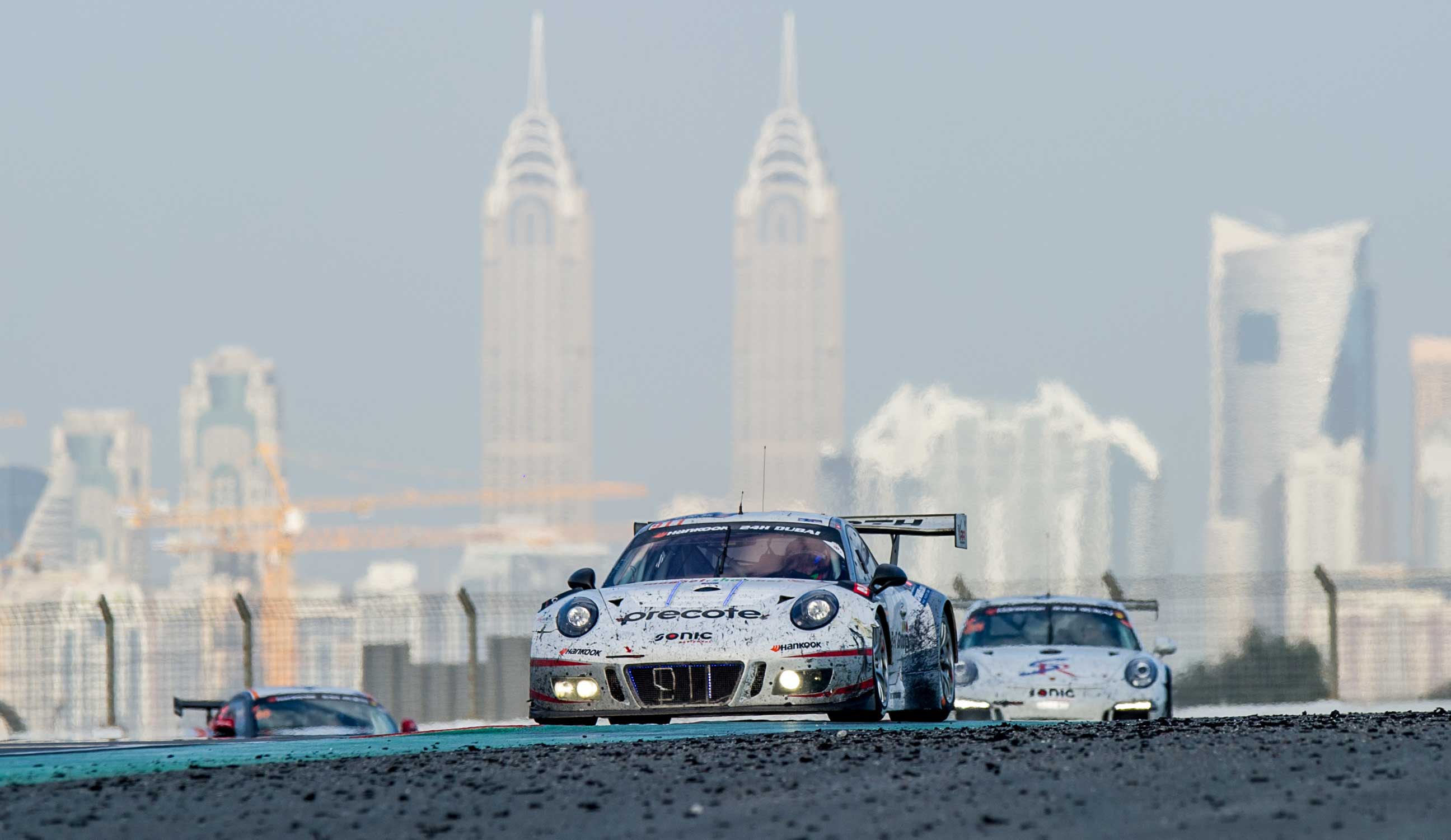 Hankook 24H Dubai is an endurance race which is hotly contested by leading teams from the world of motorsports. The spectators at the race enjoyed 24 eventful hours of racing with plenty of thrilling action at the twelfth edition of the classic desert race, which was held at the Dubai Autodrome. The grid thinned as the hours ticked by and of the 92 cars which started the race, only 65 made it to the finish line.  The challenging race attracts the top drivers from the world of motorsports and the 2017 edition featured racing celebrities like the three time 24 Hours of Le Mans champion Marcel Fässler and ex-Formula 1 stars Jean-Eric Vergne and Robert Kubica.

Hankook was the exclusive partner and title sponsor of the event and the company’s race tires, which were provided to all the teams performed perfectly, provided all teams with consistently high level of grip throughout the entire race, which was held on an extremely sandy track surface.

Speaking about the race, Manfred Sandbichler, Hankook Motorsport Director Europe said that the Hankook 24H Dubai again highlighted motorsport expertise of an incredibly high standard, with many tough battles and many Code 60 phases. According to Sandbichler, the Hankook race tire worked perfectly on the very sandy asphalt, and the company received very positive comments from all the teams. The Hankook 3x3H was held in collaboration with Creventic for the first time in Dubai, forming the opening leg of the 24H Proto Series. It proved to be a huge success and there were plenty of spectacular races with super-fast cars using Hankook race tires.

The Herberth Motorsport team, in their 991 GT3 R spec Porsche 911, emerged as the winner of this edition of the event crossing the line after 578 laps around the 5.39 km Grand Prix Circuit. The car was driven by a team comprising Daniel Allemann, Ralf Bohn, Robert Renauer, Alfred Renauer and Brendon Hartley and raced to the finish line to take the checkered flag. Speaking about his victory, 2015 FIA World Endurance champion Brendon Hartley said that his team’s triumph at the Autodrome was special.  It was his first race with a GT car, first race in a 911, and first victory in a 24-hour race.

Local favorite Black Falcon secured a pole position early on and maintained its challenge for the lead throughout the race with two Mercedes-AMG GT3s.  While one car retired from the race after an early morning collision, the other A6-Pro class vehicle, which was driven by Abdulaziz Al Faisal, Hubert Haupt, Yelmer Buurman, Michal Broniszewski, and Maro Engel kept the Black Falcon flag flying and carried on to claim third place.

In the A6-Am category, the Hofor Racing team replicated its success in the last season with its new Mercedes-AMG GT3 becoming the winner in its class.  GP Extreme finished second in this category in a Renault RS01 FGT3, followed by the Audi R8 LMS of Car Collection Motorsport.

When it came to the GT specials, Bovi Motorsport Brokernet Silversting earned the top spot in the SP2 class, while KTM X-BOW of Reiter Engineering and the MARC Focus V8 of VDS Racing Adventures took  the second and third spots.