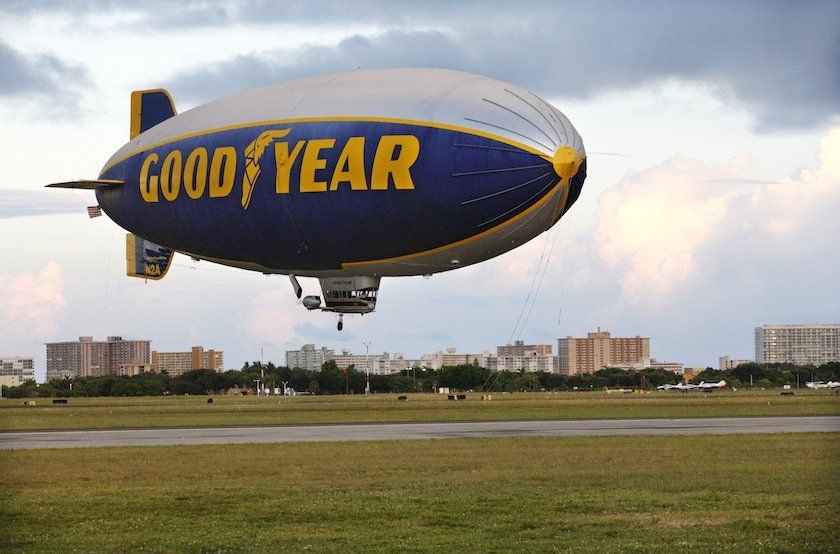 Goodyear blimps are world famous and went a long way towards boosting brand awareness about the company. The iconic blue and yellow airships have provided extensive coverage of sports events from 1925 onwards. The company officially retired its last blimp, “Spirit of Innovation” on March 14. Over the years, many technical innovations have been incorporated in the blimps.

The “Spirit of Innovation” will be replaced by the new “Wingfoot Two”. It will have the same color pattern as the “Spirit of Innovation” but is technically not a blimp. Though it will also be used to capture aerial footage of sporting events, the Wingfoot Two is technically a semi-rigid airship, which is also known as a dirigible. Unlike blimps, dirigibles have a structured frame. Thus, even when the helium is drained from its interior, it would be able to maintain its shape. Due to its structure, the new airship will be faster, larger, quieter and more maneuverable when compared to conventional blimps.

Wingfoot Two will be relocated to Southern California from its current base in Ohio. The new airship as well as its successors will still be called blimps.

Speaking about the “Spirit of Innovation”, company airship historian Eddie Ogden told the Associated Press of the deflating ceremony, “There were a couple tears because they’ve been working with blimps for so long. But the program has always changed over the decades and this is a step forward. The new model is incredible to watch fly.”