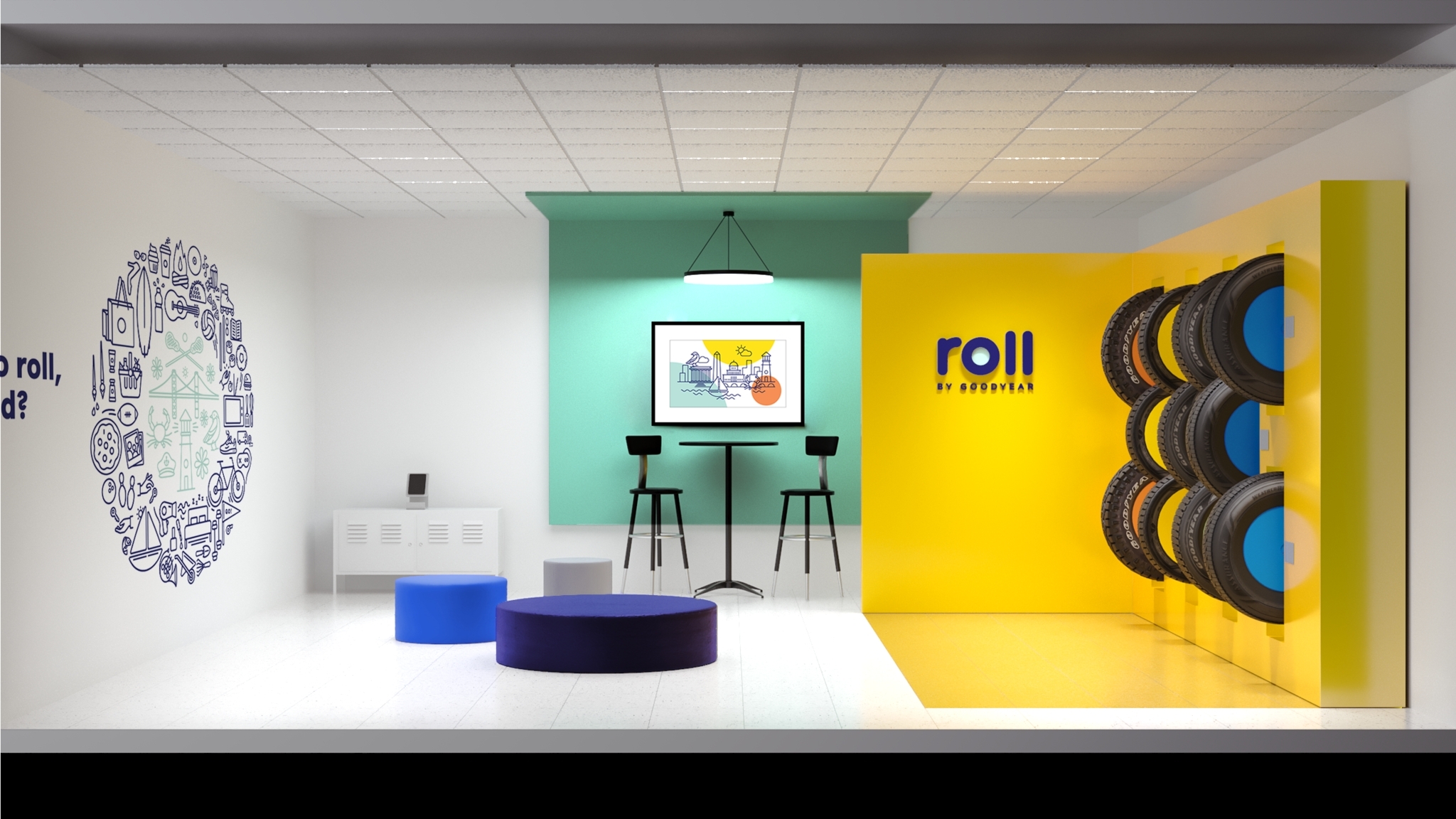 Goodyear has created a new retail store concept targeting women, especially millennial women who are seeking to buy tires. These shops are meant to look more like fashionable hair salons than the typical tire store. Called Roll, these new stores will focus on online shopping and offer a wider range of options when it comes to tire purchase and tire installation.

Commenting on the concept, Fred Thomas, vice president and general manager of Goodyear Retail said in an interview to Business Insider that the company identified a need for customers to have tires on their terms.
Unlike conventional Goodyear tire stores, customers can opt to buy their tires either online or at the store. In order to minimize waiting, they can book an installation van which will come to change the tires wherever their car is parked.

They can also take their vehicles to the showrooms to have the tires installed. The showrooms will have a valet service so that customers can travel.
Thomas explained that initially, the new shopping concept was not conceptualized with millennial women in mind. Goodyear was just trying to come up with ways to make shopping for tires more convenient, just line there have been changes in the way groceries and retail goods are purchased.

Once Goodyear started conducting tests of the concept, it received a very favorable response from millennial women. According to a survey by the company, 79 percent of millennial female respondents said they would visit Roll the next time they purchased tires, which was 31 percent higher than the average response.

“I don’t think you’re going to walk into the store and think this was created just for millennial females,” Thomas said.
Goodyear is very keen on attracting young women to its stores. Thomas said that currently Goodyear stores generally attract an older crowd, with most of them being men. Goodyear is hoping that the Roll concept will change that with its offer of convenience that will appeal to “time-starved” millennial women.

Roll will begin opening showrooms in the Washington, D.C. metro area this month, followed by Philadelphia.