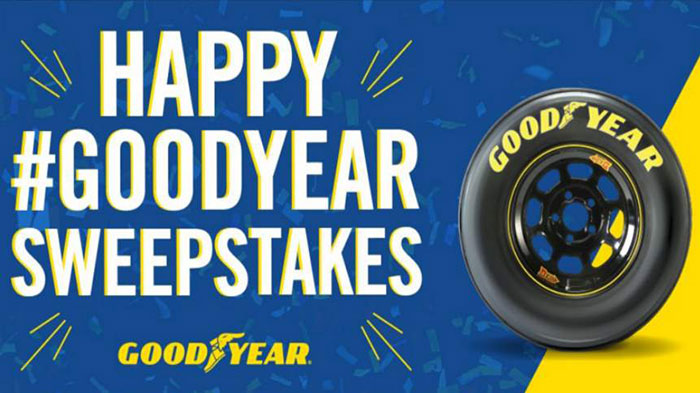 Goodyear marked the advent of the New Year with the launch of a new social media campaign. The company pledged to make 2016 a “good year” for customers across the United States with a 10 day social media sweepstakes to publicize the company’s new Twitter handle, (www.twitter.com/Goodyear).

From December 28, fans of the company who follow Goodyear on Twitter and use the #Goodyear hashtag will have a 10 day window to win a wide range of prizes including free tires and rides on the Goodyear Blimp. The grand prize in the sweepstakes for one lucky winner would be a new 2016 high performance vehicle.

Commenting on the campaign, Seth Klugherz, director of Goodyear brand marketing said the company felt that the New Year was the perfect time to celebrate with customers across the United States, especially since Goodyear is the title sponsor of the College Football Playoff Semifinal at the Goodyear Cotton Bowl Classic which was held on New Year’s Eve. The new Twitter channel will help the company to engage directly with Goodyear fans while making 2016 a ‘good year’ for them.

The sweepstakes also covers a scavenger hunt type contest to find the location of the Goodyear ambassador in different cities like Miami, Dallas, Atlanta and New Orleans. In each city, Goodyear fans will have an opportunity to win tickets to their College Football Playoff bowl game and clues about the location will be revealed once the promotion is activated.

The campaign is scheduled to end tomorrow and will definitely help Goodyear to attract more followers to its Twitter channel, www.twitter.com/Goodyear.