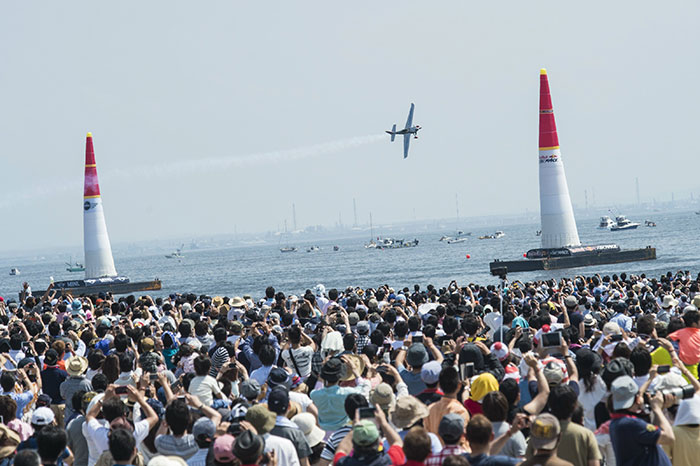 Sumitomo Rubber Industries, Ltd. (SRI), which owns the Falken brand of tires has announced that the company will continue to support the Japanese pilot Yoshide Muroya when he participates in the Red Bull Air Race World Championship. The company had announced earlier this month that it would be supporting the Chiba leg of the Red Bull Air Race World Championship as an official partner for the second straight year.

Red Bull Air Race World Championship is a series of races in which ace pilots fly specially customized planes at speeds as high as 370 km/h through a course marked with obstacles in the form of air-filled pylons that are 25 meters tall. The races are true tests of both speed and precision flying and the championship consists of eight races which take place in different locations spread across the world like Budapest in Hungary, Ascot in England, Las Vegas in the United States and our very own Abu Dhabi. The race in Chiba is the third race in the series and will be held on June 4 and 5. The tournament has the official seal of approval from Fédération Aéronautique Internationale (FAI – the World Air Sports Federation).

Yoshida Muroya will be the only Asian pilot to participate in the Master Class in this year’s edition of the Red Bull Air Race Championship and this will be the second year in which Falken is sponsoring his participation. He first began participating in air shows back in 1998. In 2002, he set up his own airshow team and has an illustrious record on the global stage when it comes to flying competitions. He placed sixth on an overall basis in last year’s edition of the Championship, placing third in two of the races. In view of Falken’s positioning as a brand known for its high-performance tires, participation in motorsports and innovative technologies, Muroya is definitely a good fit when it comes to sponsorship, with his world-class flying skills.