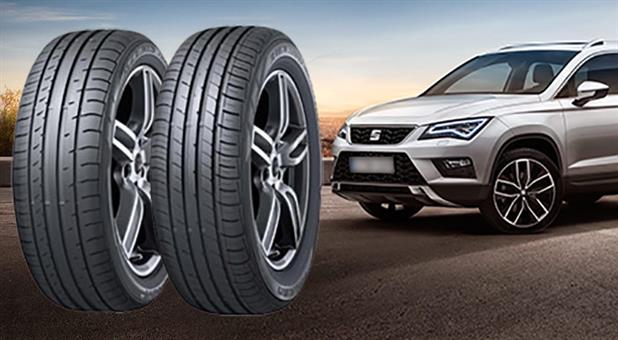 Sumitomo Rubber Industries Ltd. has bagged another OE fitment to its credit. The company has announced that it has already started to supply Falken Zenis FK453CC high-performance tires and Ziex ZE914A Ecorun tires as the OE fitments for the SEAT CUV, the Ateca. SEAT is one of Volkswagen’s brands and the cars are produced in Spain.

Sumitomo’s Falken brand has high profile motorsport partnerships and is regularly adding to its growing list of OE fitments. The brand has gained considerable recognition and a loyal fanbase across the world thanks to its motorsport activities.

Both the Falken Zenis FK453CC high-performance tire and Ziex ZE914A Ecorun tires provide motorists with a quiet driving performance, refined driving comfort and good stability when it comes to handling.

The tires for the Ateca will be made at a Sumitomo factory in Thailand and will be supplied to Seat through Offenbach-based Falken Tyre Europe.