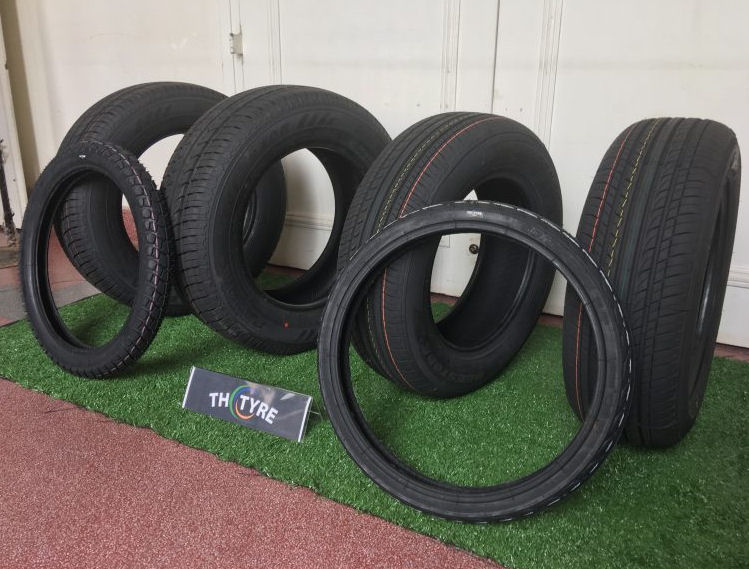 The Thai government is hoping to promote the use of natural rubber grown in the country through production of its own tire brand named TH-Tyre. Made by The Rubber Authority of Thailand and Thailand’s Ministry of Agriculture and Cooperatives in association with Deestone, the government is hoping that the sale of these tires will boost the use of natural rubber which is grown and tapped in Thailand. The tires were launched in the Thai market and are commercially manufactured by Thai tire manufacturer Deestone Co.,Ltd.

According to a statement issued by the Government Public Relations Department of Thailand, the tires sold under the TH-Tyre brand have a greater percentage of natural rubber, which is sourced from trees. A standard tire normally contains only ten per cent natural rubber, but a TH-Tyre contains as much as 45 per cent natural rubber. The TH-Tyre range will comprise tires for passenger cars, light commercial tires for vans, motorcycle tires and truck tires. The statement claims that the TH-Tyre is more durable and costs 20-30 per cent when compared to other brands.

Through sale of these tires, the Rubber Authority of Thailand and the Ministry of Agriculture and Cooperatives is hoping to increase demand for natural rubber leading to rise in rubber prices. This would increase the income of marginal farmers whose livelihood depends to a significant extent on the price of natural rubber.

Thailand is one of the top exporters of natural rubber in the world. The country produced 4.47 million tons of rubber in the last two years, and only 600,000 tons, or 13.42 per cent of this figure was used domestically. The Thai automotive industry accounted for 56.48 per cent of domestic demand, using a total of 340,000 tons.