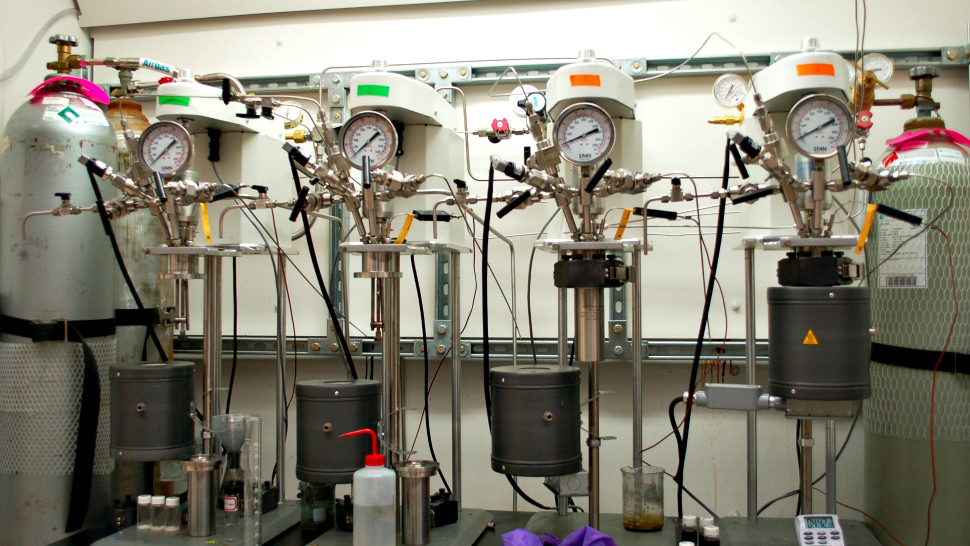 In a development that could eventually have significant impact on the tire industry, scientists at the University of Minnesota have come up with new technology to make automobile tires from grasses and trees. The University of Minnesota’s Office for Technology Commercialization, has already applied for a patent on the renewable rubber technology and says it will license the technology to companies that would like to scale it up on a commercial basis.

Researchers at the University of Minnesota, University of Massachusetts and the Center for Sustainable Polymers collaborated on the study which was published by the American Chemical Society’s ACS Catalysis, a leading journal in the field of chemical and catalysis sciences.

Paul Dauenhauer, a University of Minnesota associate professor of chemical engineering and materials science and lead researcher of the study said that the team came up with a new process to make isoprene, which is the key ingredient in the rubber of for car tires, from natural substances like corn, grasses and trees.

Currently, isoprene is made by thermally breaking up compounds in petroleum through a process called “cracking.” The isoprene is then purified and separated out of hundreds of the byproducts of the “cracking” process. Finally, the isoprene is reacted with itself to develop long polymer chains that are needed to make car tires.

Many tire companies have been involved in research to find alternative processes for making isoprene from biomass. Continental has been trying to derive rubber from dandelion while Bridgestone has been focusing on guayule. Researchers from the Center for Sustainable Polymers used an entirely new process that uses sugars obtained from biomass including grasses, trees and corn as the starting material. They came up with a three-step process that is optimized when it is “hybridized,” or when it combines biological fermentation using microbes with conventional catalytic refining which is similar to petroleum refining technology.

The first step of the process is the microbial fermentation of sugars, like glucose, obtained from biomass to an intermediate, called itaconic acid. In the second step, itaconic acid is reacted with hydrogen to a chemical called methyl-THF (tetrahydrofuran). The research team came up with a unique metal-metal combination which served as a highly effective catalyst to optimize the second step.

In the third step which involved the dehydration of methyl-THF to obtain isoprene, the team used a catalyst recently discovered at the University of Minnesota called P-SPP (Phosphorous Self-Pillared Pentasil). The catalytic efficiency was as high as 90 per cent with most of the catalytic product being isoprene. By combining all three steps into a process, isoprene can be renewably sourced from biomass.

“The performance of the new P-containing zeolite catalysts such as S-PPP was surprising,” says Dauenhauer.  “This new class of solid acid catalysts exhibits dramatically improved catalytic efficiency and is the reason renewable isoprene is possible.”