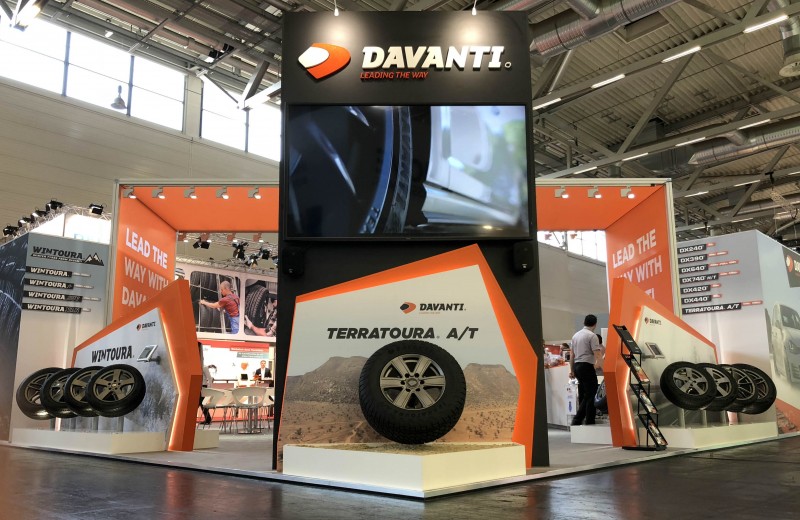 Davanti Tyres has revealed plans to showcase its next generation Protoura tire – Protoura Sport – at CITEXPO in Shanghai.

The company’s developmental UHP tire initially made its debut at Autopromotec and Automechanika Dubai, and by highlighting the tire at the leading Chinese tire show, Davanti would be giving its partners in China, the Far East and Australasia a chance to view the tire at close quarters and learn more about Davanti’s plans for the tire.

Davanti has always considered CITEXPO to be an important show as it has helped the British company to develop and maintain strong connections in the region. The show has been instrumental in helping Davanti to develop a presence in over 60 markets across the globe.

“We have always identified the Far East and Australasia as important territories for our brand,” said Davanti Tyres General Manager Peter Cross. He added that CITEXPO has served to help the company to tap the immense potential that the region offers. Davanti has devoted a lot of time and attention to building its brand and CITEXPO has been pivotal in serving as a platform for introducing Davanti to its key partners.. At the show, they are able to see what Davanti Tyres is working towards.

In addition to Protoura, Davanti will be bringing its entire tire range to Shanghai. This will include the Terratoura, which after making its global debut has successfully disrupted the all-terrain tire market.

“It has given us a foothold not just in markets where agriculture and industry require off-road access but in countries where many communities are not served by surfaced roads,” said Peter.

He said that the Terratoura, which offers premium performance without a premium price-tag, offers such motorists a safer, more affordable option for their pickup or 4×4.

Peter concluded, “We have never been better equipped to meet the needs of potential partners in the Pacific region.”