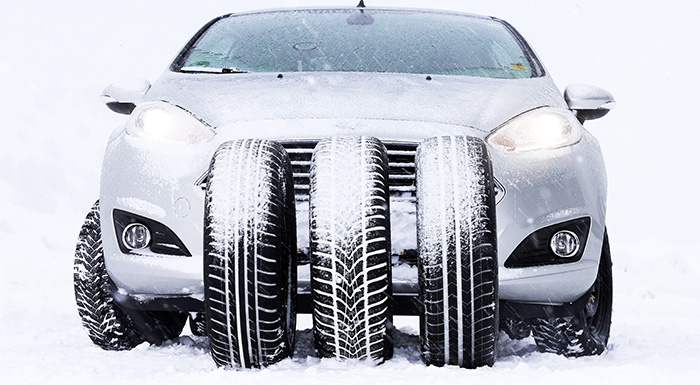 Continental has emerged as a strong contender in the winter tire market by launching what it calls its winter specialist for compact and mid-range models, the Continental WinterContact TS 860. This tire will replace the hugely popular and award winning ContiWinterContact TS 850, which has been Continental’s most consistent and successful performer in as many as 47 third party winter tire tests. The Continental WinterContact TS 860 picks up where the TS 850 left off with several improvements like better ride quality, firmer grip on snow, better handling and braking which is five per cent better on wet and slippery winter roads and shorter braking distances by four per cent on ice. Meanwhile, the rolling resistance and mileage are at par with those offered y the TS 850.

According to Continental, the improvements are the outcome of the use of a new tread compound in combination with the development of a new tread design. Called Cool Chilli, the tread compound has a higher composition of silica and due to its special damping characteristics, this contributes to shorter braking distances on wet and icy roads. Another factor that contributed to reducing the braking distance was the incorporation of special high-performance resins in order to retain the flexibility of the compound even at low winter temperatures.

When it comes to the tire’s braking performance on ice, the engineering team added Liquid Layer Drainage to improve its performance. This involved technology to incorporate a new drainage channel into the tread block for creating a film of water under the tread when braking on ice. This reduces the tire’s contact patch and drains water away faster than was previously possible increasing safety for motorists.

Another notable feature in the V-shaped tread is SnowCurve technology with its 3D groove wall structure to enhance grip and traction on snow covered surfaces. An additional groove in the tread wall helps the tire to mesh better with snow compressed in the tread groove.

All-season tires like the Cinturato All-Season from Pirelli and the CrossClimate tire from Michelin have been very much in demand this year causing Continental also to emphasize the “all-round” aspect of its winter tires. The company claims that its winter tires are genuine all-rounders as they are equally capable of tackling dry, wet, icy and snowy surfaces and deliver outstanding grip and traction. In winter, a quarter of the accidents are caused by black ice or slippery roads as temperatures remain close to zero. In Central Europe, winters are usually wet and cold with plenty of rainy days. Hence, the specifications for the new WinterContact TS 860 focused primarily on delivering maximum safety on wet and icy surfaces.

The new Continental WinterContact TS 860 will be available in retail outlets from autumn 2016. Initially, there will be 36 articles in 21 sizes for 14 to 17 inch rims. In line with the norms for the EU tire label, the new TS 860 from Continental has a C rating for rolling resistance and a B rating for wet grip.