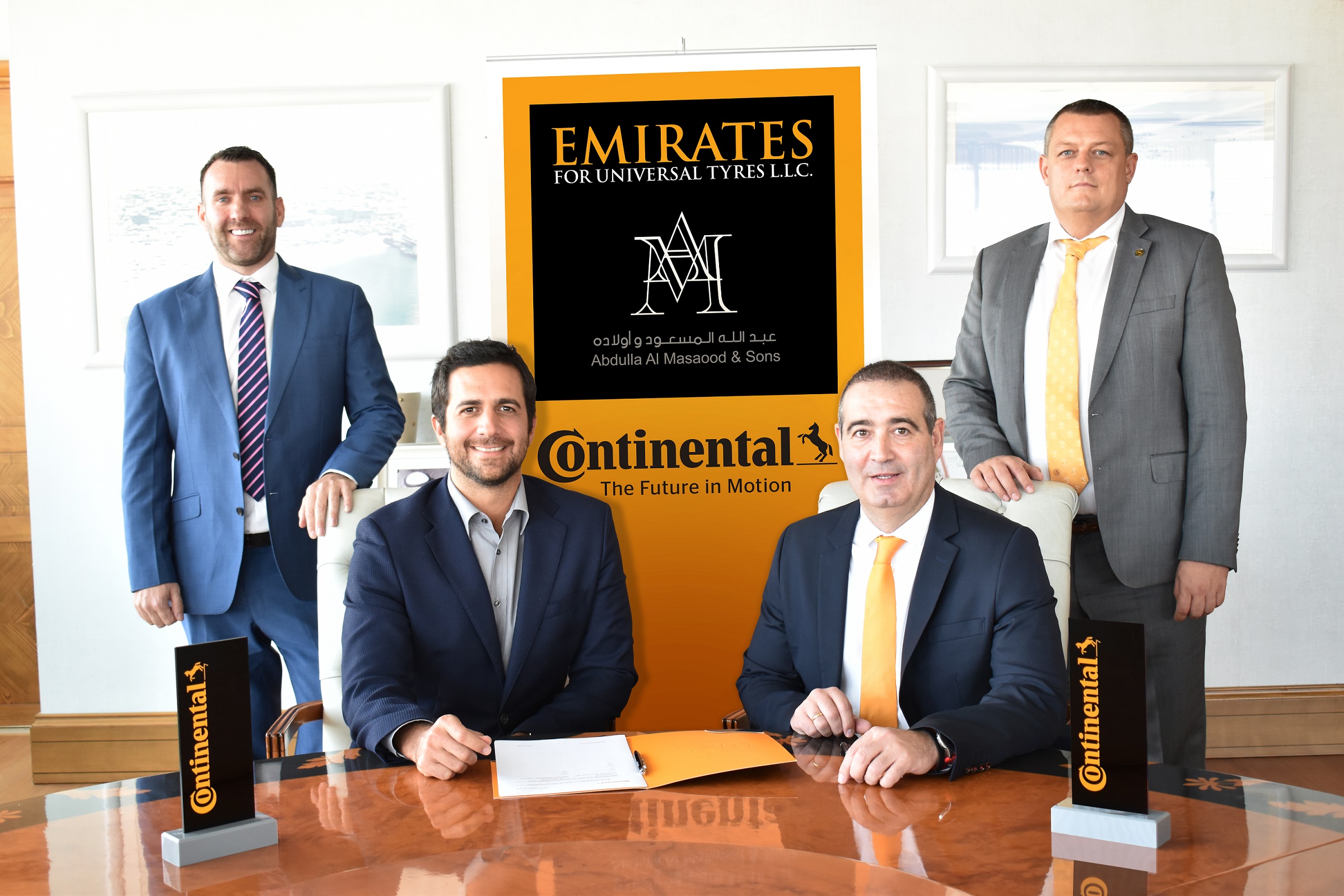 Continental extends partnership with EUT to 2023

The renewal of the partnership with EUT marks another significant move in Continental’s drive to enhance its support for customers across the UAE and the Middle East. Earlier in 2019, Continental had opened a new parts warehouse in Jebel Ali for facilitating smoother supply of tires for passenger cars and commercial vehicles to retailers. In the past year, Continental had successfully launched its new Generation 6 range of tires, which were developed specifically for use in the Middle East.

Commenting on the renewed agreement, Karel Kucera, Managing Director of Continental Middle East, said: “We are very pleased to be continuing our agreement with EUT who have been a key partner of ours in the Middle East now for the last 10 years. They have been with us at key moments during our growth over those years. Most recently that includes things such as our groundbreaking sponsorship of the 2019 AFC Asian Cup in the UAE as well as the development and launch of the regionally-tailored Generation 6 tire range. I am confident that we will continue doing great things together in the UAE.”

During the 10 years that it has partnered with Continental, EUT, which is part of the Abu Dhabi-based Abdullah Al Massood & Sons Group, has opened two fully-owned showrooms and four state-of-the-art service centers and warehousing facilities, which cater to the needs of Continental’s end consumers for top quality products and services. EUT has also supplied 200 independent retailers across the UAE with Continental products and training, and fitted hundreds of thousands of vehicles ranging from supercars and SUVs to commercial trucks and heavy-duty fork lifts with tires.

Shaun Smith, commented: “We are proud to be a part of the Continental family and to have contributed to the growth of the brand in the UAE over the years. We helped launch the brand in the region and have equipped thousands of vehicles with premium Continental tyres that have, in turn, supported a safer driving environment in the Emirates. To be able to go on doing this fundamentally important task is an honour and we look forward to growing the Continental brand further.”