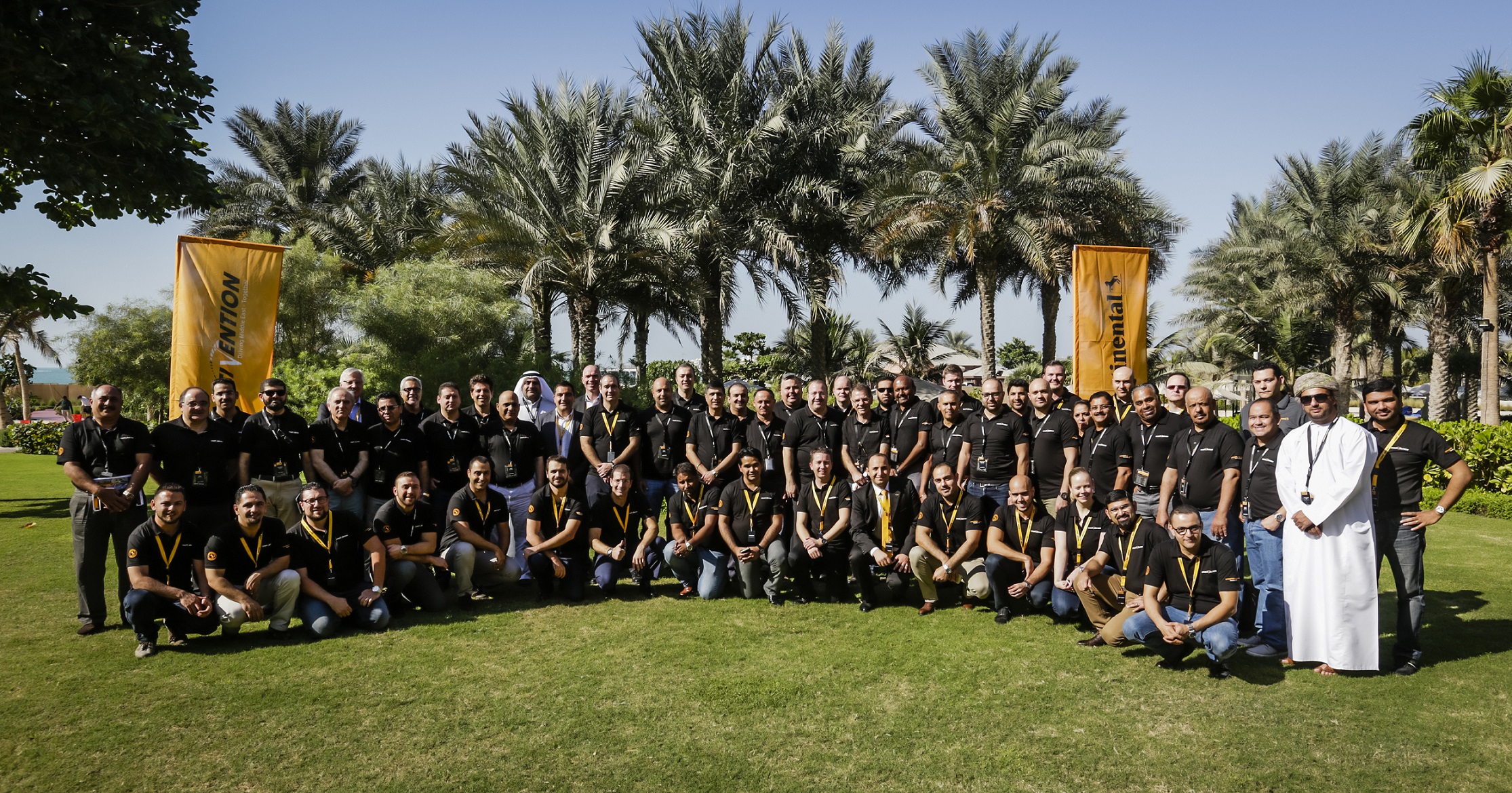 Continental, the German manufacturer of premium tires and automotive components has announced that the company achieved an 11% growth in net sales in the Middle East and has expanded its retail network in 2016. The announcement was made at the company’s annual regional retail partner conference. The year has been a tough one for those in the tire business, but customers who valued premium design and value for money and the support of the brand’s distribution partners helped Continental to maintain and strengthen its position in the premium tire segment.

Continental also used the three-day conference, which was held last month in the UAE to outline its plans for the Middle East market in 2017. These include commitments to invest more in the market with the opening 58 new retail outlets across the region, increase in the numbers of staff, better facilities for storage and distribution facilities and new products that have been customized for the region.

Continental’s regional partners will be investing in additional infrastructure to boost sales and in a Continental retail outlet, customers can expect to get a level of service and access to tire expertise that they will be unable to get from a typical tire shop or their neighborhood garage. The stores will be staffed by highly trained tire specialists who can provide customers with advice regarding the tires that are most suitable for their vehicle and they will also benefit from a full range of services, which will confirm to the high standards that are in line with Continental’s image as a premium brand.

In 2016, Continental had opened a number of retail outlets in the Middle East in order to cater to the growing demand for the company’s high-performance tires, especially in the UAE and Egypt, thus highlighting a new way that consumers can access the brand. Continental also collected an award for ‘Best Public Awareness Campaign’ from the Qatar Transport Safety Forum for its efforts in the field of transport safety through its Vision Zero campaign.

Speaking at the event, Dr. Hartmut Woehler said that Continental was very fortunate to have a strong retail network in the region, and work with partners who are highly aware of what both Continental and its customers need. Retailers are in a position to have a better understanding of the market due to their experience and the conference helped Continental to strengthen its ties with its retailers.

Jon Ander Garcia commented that the Middle East region is a key growth market for Continental. He added that the company’s investment both in the regions and in products that have been designed specifically for the Middle East market highlights the company’s commitment to better understanding the needs of customers here and to providing them with the quality of service and products that they are looking for.

Continental was established in Hannover, Germany, in 1871, and is one of the world’s leading automotive suppliers and a leader in tire development and technology, with the largest number of OE homologations in the European market. The company’s tire division manufactures and markets tires under several brand names including Barum, Matador, General Tire, and Uniroyal in the Middle East.