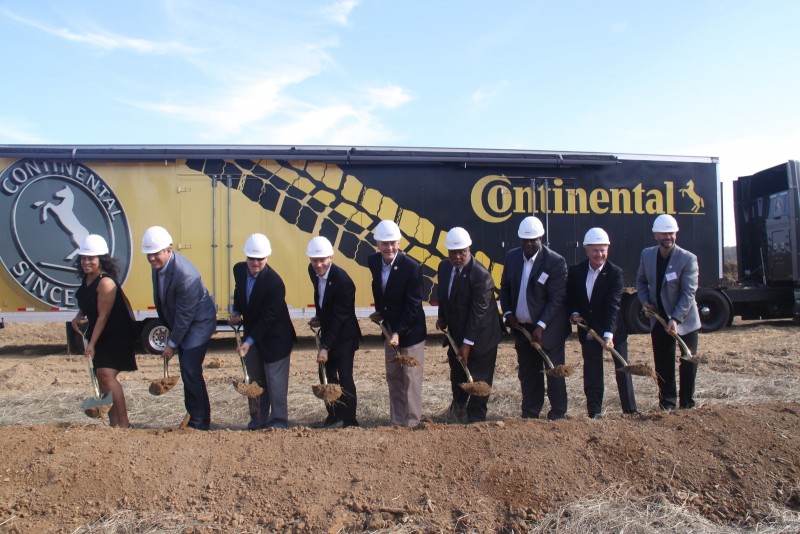 Continental held a formal groundbreaking ceremony to mark the establishment of its new factory in Mississippi. The gala event in Clinton, Mississippi was attended by many eminent dignitaries including federal, state and local officials. The German tire manufacturer expects to complete construction of the new factory in which it plans to invest USD 1.4 million by 2019.

When the factory which will be built on a site covering 400 hectares attains its full capacity in the next decade, it is expected that it will employ 2500 people Continental intends to invest approximately US$1.4 million in the greenfield plant near Clinton, Mississippi, and expects to employ 2,500 people.

Speaking about the new factory, Nikolai Setzer, member of Continental’s Executive Board who heads the company’s global tire business said that the new Mississippi plant will play a critical role in achieving its growth strategy, which is known as Vision 2025. This is the first such plant, globally, that is being built in over ten years. Speaking at the function, Phil Bryant, governor of Mississippi said that the groundbreaking of the plant marked a significant milestone and went on to congratulate everyone involved in the project.

Paul Williams, executive vice-president, commercial vehicle tire, the Americas said that the plant marked a significant step in highlighting the company’s commitment to expand its commercial vehicle tire business in North America. He went on to express the company’s gratitude to the state of Mississippi, Hinds County and the City of Clinton, the Mississippi Development Authority and to Governor Bryant.

Continental has made its presence felt in the commercial vehicle tire market in North America in the past five years, with growth exceeding the market growth rate and customer demand for both new truck and bus tires as well as retreads growing beyond the company’s existing capacity.

In addition to investment in the new plant in Mississippi, Continental has spent almost USD 2.5 billion in the past 10 years expanding its presence in manufacturing, technology, facilities and product development in order to grow its tire business in the Americas. This investment was used for expanding the company’ splant in in Mt. Vernon, Illinois, and for setting up a new factory in Sumter, South Carolina.