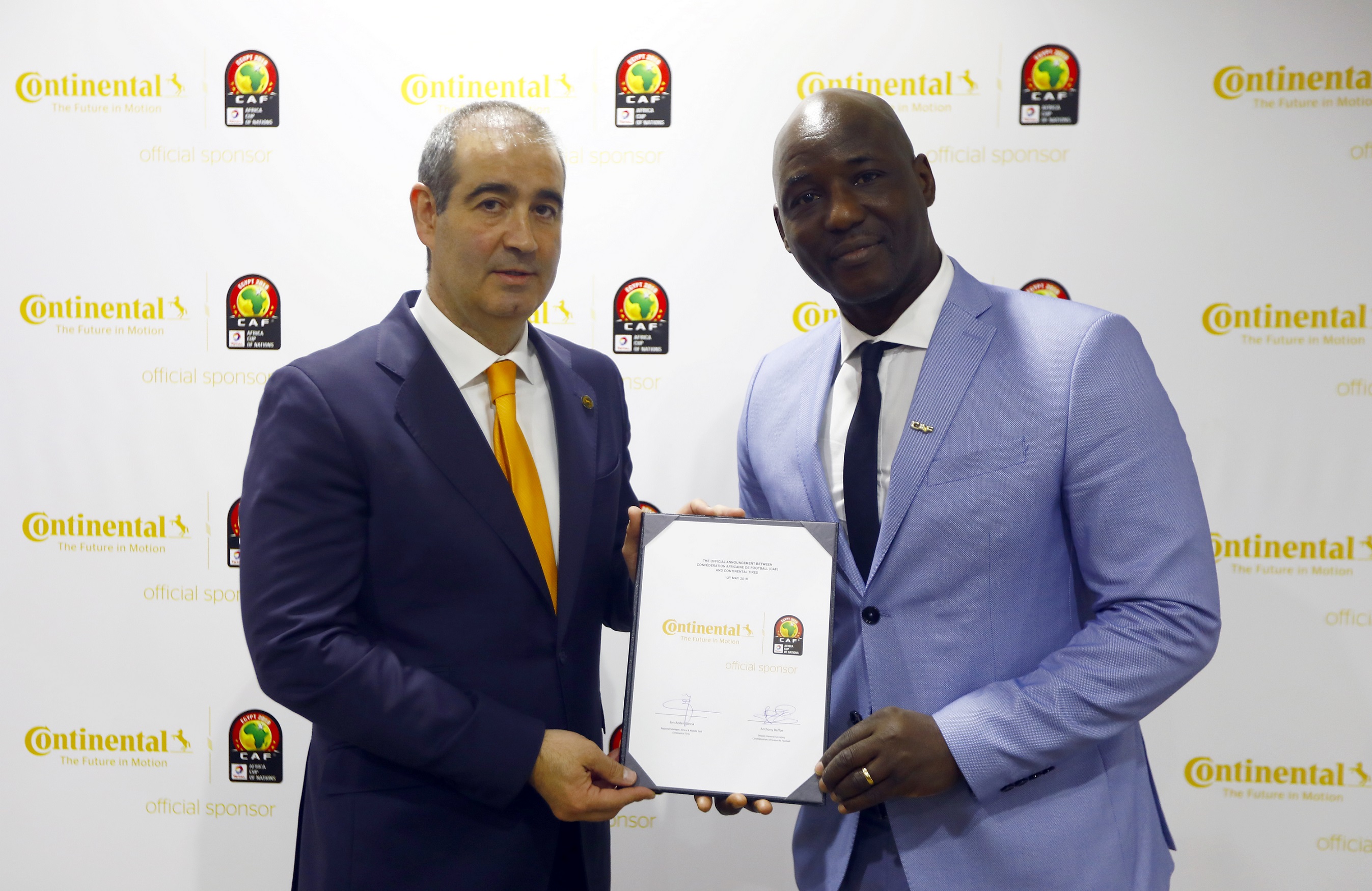 Leading tire manufacturer Continental has announced that its Tyre Division will be the Official Sponsor of the 2019 Total Africa Cup of Nations (AFCON). The tournament is slated to be held in Egypt from 21 June to 19 July 2019. The sponsorship agreement is part of a five-year agreement between Continental and the Confédération Africaine de Football (CAF). As part of the sponsorship, Continental will also gain extensive rights for the next two editions of the tournament for 2021 and 2023 which will be held in Cameroon and Ivory Coast respectively.

Commenting on the sponsorship, Jon Ander Garcia, Regional Manager – Africa & Middle East, Continental  said that the Africa Cup of Nations is the biggest and most important sports competition in the African continent. This is a market where Continental is targeting further growth over the next few years and it is considered to be a key emerging market. Football is most popular sport in Africa and with this sponsorship, Continental is hoping to gain closer access to the consumers, and to run engaging activations using football as a medium.

Another component of the exclusive sponsorship rights package is the rights to the ‘Best Goalkeeper’ performance index of the tournament. The goalkeeper is the team’s last line of defense as he safeguards the mouth of the goal and this reflects Continental’s own safety values. The company has a track record of being a pioneer in road safety for over 140 years. This concern for safety is also reflected in Continental’s Vision Zero initiative to make roads safer in the future, to have zero fatalities, zero injuries and zero crashes.

“We are pleased to welcome Continental as a new sponsor of the Africa Cup of Nations. This new partnership shows that our flagship tournament is not only the most watched football event in Africa, but also the continent’s premier sporting event,” said CAF President, Ahmad Ahmad. “We are very hopeful about the exchange of our respective values through such a partnership, and thanks to Continental we are excited about the launch of the Best Goalkeeper award,” he concluded.

Idriss Akki, President Football Africa at Lagardère Sports, the exclusive marketing and commercial partner of Confédération Africaine de Football (CAF), said that his organization was delighted to team up with a leading tire manufacturer like Continental, to inspire and engage even more fans with the Total Africa Cup of Nations. Continental has a long history of supporting football and a passion for winning and working together. This embodies the spirit of African football.

Through this sponsorship, Continental is enhancing the systematic regionalization of its sports sponsorship strategy. Continental’s aim is to leverage the Total AFCON platform to continue its drive to deliver exceptional benefits to its local communities, clients, partners and fans as they come together to support the best of African football.