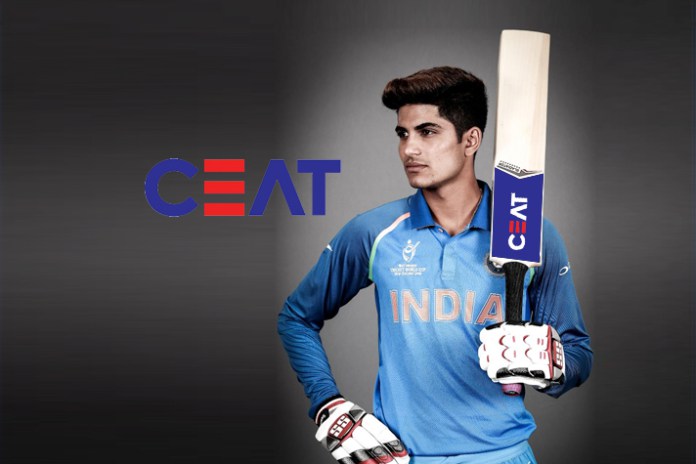 Ceat has signed a bat endorsement deal with Shubnam Gill, the architect of India’s triumph at the ICC Under-19 World Cup title triumph.

Subman Gill will now always play with a bat that prominently displaying Ceat insignia when he participates in all formats of the game.

Commenting on the sponsorship deal, Nitish Bajaj, vice president – marketing, CEAT, said that the tire manufacturer was glad to finalize the endorsement deal with a star performer like Shubnam Gill as part of
Ceat’s drive to recognize fresh talent and encourage them in their cricketing journey. He went on to add that Shubman appears to have all the qualities that are needed to become a future cricketing superstar and welcomed him to the Ceat family.

Gill said that he felt privileged to become a part of the CEAT cricketing family and looked forward to playing a long innings with CEAT.

Gill is the vice-captain of the Indian Under-19 squad and proved to be a newsmaker with an impressive performance at the 2018 ICC U-19 World Cup.

He was India’s leading scorer for India with 372 runs and was also named the player of the series. The ICC also named him as the Rising Star of the World Cup squad.

In the Indian Premier League, Gill will be a part of the Kolkata Knight Riders team.