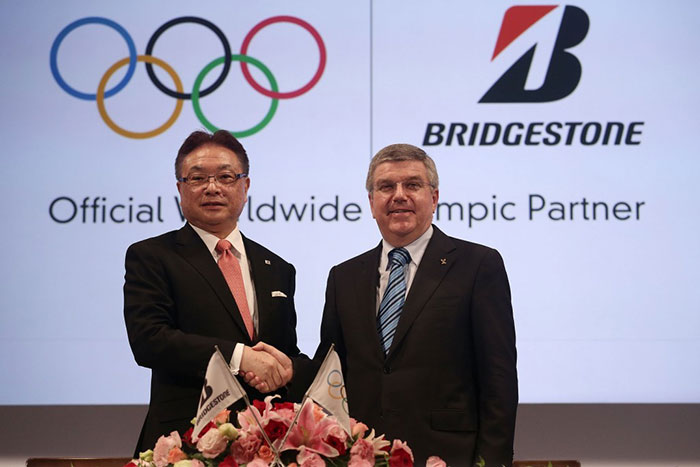 Bridgestone to Use Rio Olympics to Showcase CSR credentials

Back in 2014, Japanese tire manufacturer, Bridgestone had signed a ten year USD 344 million deal to become a TOP (The Olympic Partner) worldwide Olympic partner for both the summer and winter games. In the runup to the Rio Olympics, which are scheduled to be held from August 5 to 21 this year. Bridgestone has revealed that it will use activations at the Rio games to showcase its CSR credentials.

As part of the deal, Bridgestone has gained specific activation rights in Brazil, Korea, Japan and the US up until 2016, and rights at the global level from 2017. This will cover the Rio Games in 2016, the 2018 Winter Games in South Korea, the Tokyo Games in 2020 and the Games in 2022 and 2024 which will be held in as yet unnamed cities. In addition to being the official tire of the Games, the official tire of the Olympic Games, bit will also have category rights to seismic isolation bearings, which are needed to minimize earthquake damage to structures, and ‘non-motorized’ bicycles.

Bridgestone is planning on having a fully integrated marketing and activation strategy comprising advertising, retail marketing, and digital campaigns, which will be launched shortly in addition to athlete and hospitality programs.

According to Paul Oakley, VP of Communications for Bridgestone Americas, through its association with the Games, Bridgestone is hoping to reveal to the world more about the company, what it does and thus inspire pride in its workforce while engaging at a deeper level with its customers.

He added, “We are also looking at these Games as an opportunity to showcase our company’s commitment to community service, social responsibility, environmental stewardship and sustainability – all tenets of the Olympic Charter and the International Olympic Committee’s Agenda 2020 that mirror Bridgestone’s core values.”