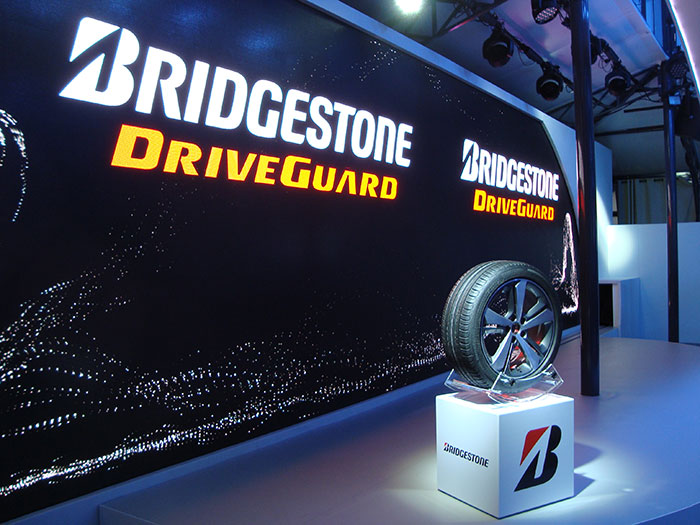 Bridgestone and Michelin emerged as the winners of the Reifen 2016 Innovation Awards. The winners were announced as part of the opening day celebrations of the renowned tire trade show which is being held in the current format for the last time. From the next edition of the show in 2018, Reifen will be partnering with Automechanika to hold the show in Franfkurt alongside Automechanika Frankfurt to cover all aspects of the automotive industry including the tire industry.

Other companies which won the awards that are jointly given by Messe Essen, the German Federal Association of Tyre Dealers and the Vulcanising Trade (Bundesverband Reifenhandel und Vulkaniseur – Handwerk, or BVR) include ASE Corghi and 4JET Technologies, and ASE Corghi.

Michelin won the Innovation Award for its range of Line Energy Triple A commercial tires in the ‘Technology and Products’ category. The launch of these tires made Michelin the first tire manufacturer to have Aa-rated tires for all three commercial tire positions. Bridgestone qualified for the award on the basis of the new DriveGuard range of run-flat tires that can be used in almost any passenger car having TPMS. Other distinctive features of these tires are their environment friendly nature due to being fully recyclable, wet performance, drive comfort and safety performance when compared to standard tires.

According to Messe Essen, the Innovation Awards program is meant to promote the image of tires and tire-related products as sustainable high-tech products in the minds of the general public. The winners of the award were carefully selected by a manufacturer-independent specialist jury who worked in tandem with many industry associations and testing organisations to select the most innovative products and services on display at Reifen 2016. Some of the rigorous test criteria included innovative content, environment friendliness, sustainability, and resource conservation. All the entries submitted for the Innovation Awards are displayed in a separate area in Hall 7 during the ongoing Reifen 2016 Show.