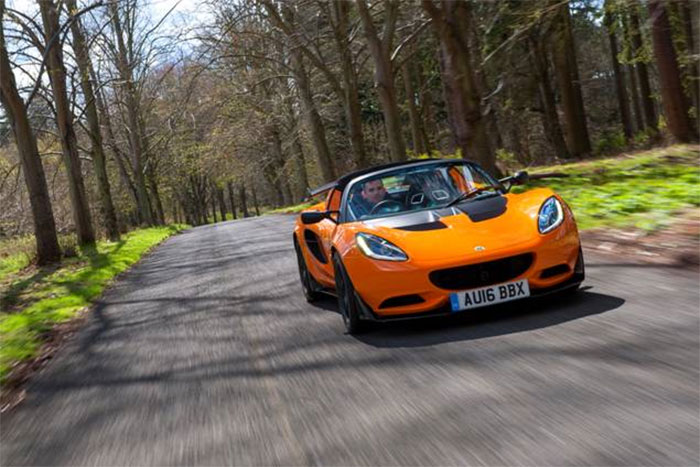 The Lotus Elise was chosen as the Readers’ Champion by tens of thousands of readers of the popular Autocar magazine in an online contest. The model beat off tough competition from 50 of the best cars ever built to emerge as the winner of the award. Readers ultimately chose the Elise from a final shortlist of 10 models in the two-week competition.

Jim Holder, Editorial Director, Haymarket Automotive stated that the Lotus Elise is a car that personifies all the qualities that Autocar and its readers love about sports cars, with its combination of pace, agility and a purity of purpose. The 50 cars selected for the awards were carefully chosen by Autocar’s testers. He termed the Lotus Elise a well deserved Readers’ Champion winner.

The Lotus Elise is a lightweight hand-built sports car that has set new benchmarks in handling and performance. It provides motorist with a level of precision and driver engagement that other models cannot match. Designed on the basis of the company’s founder, Colin Chapman’s engineering principle of enhancing performance by reducing the weight, the Elise is perfect for speed and performance. The most modern Elise model, the Elise Cup 250 can go from 0 to 60 mph in just 3.9 seconds while emitting only 175 g/CO2 per 100 km.

The Lotus Elise received the Autocar Readers’ Champion Award well in time to mark the first anniversary of its debut at the retail level and also coincides with the celebration of the 50th anniversary of the move to the company’s famous factory in Hethel.

The Lots Elise made its global debut at the Frankfurt motorshow in 1995, and reached the reads the net year. After its launch, over 32,000 units have been produced and the Elise is Lotus’s most popular model. The most distinctive feature of the model is its chassis design which comprises extruded and bonded aluminum sections, significantly reducing its weight and increasing its strength and torsional stiffness. In the years from 1995 to 2016, the model has continuously evolved and the 2016 model is the ultimate iteration of the Elise to date.

The Elise Sport costs less than GBP 30000 and is an outstanding performer, going from 0-60 mph in 6.0 seconds. Due to its use of lightweight construction, and aerodynamically optimised bodywork it provides pin-sharper handling, and great body control, without any compromise in ride comfort and composure.

The top end model is the Lotus Elise Cup 250, which weighs only 931 kg, and can go from 0-60 mph in 3.9 seconds. It is available either as a coupe or roadster. Customers can opt to cut the weight even more to 921 kg by selecting the Carbon Aero Pack and Lithium-ion battery. They can also choose to personalize their car through the Lotus Exclusive program, which brings personalization to the world of sports cars for the first time.