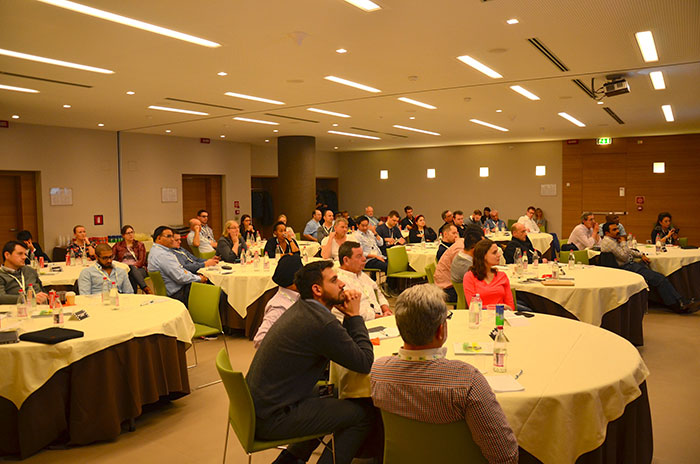 BKT Focuses on Strategy and Planning at Marketing Meeting

The Indian tire manufacturer that specializes in OTR tires, BKT, organized a second marketing meeting for all its distributors. The meeting which was organized by the company’s European subsidiary, was held on January 29 and 30 in the Quality Hotel San Martino in Garbagnate Monastero, in the Lecco Province of Italy. It was chiefly meant for the experts in Marketing. BKT used the meeting as an opportunity to share with its distributors the results achieved in 2015 as well as the company’s marketing and communication activities and objectives for 2016.

BKT used the meeting to interact with distributors and review the results of the marketing initiatives the company undertook in 2015. They also took the meeting as a chance to discuss the marketing activities planned for 2016 and get inputs from the distributors based on their market insights. Through sessions and focus groups, over 40 participants discussed core issues like advertising campaigns, participation in trade shows and activities in the digital sphere. The dealers also got a chance to participate in a few team building activities that were organized outdoors, set against the beautiful backdrop of Upper Bergamo.

The meeting served as a great platform for the BKT team from the headquarters in India and representatives from the company’s subsidiaries in Europe, United States and Canada to interact and engage in dialogue with the company’s international distributors spread across the world.

Commenting on the meeting, Lucia Salmaso, Managing Director of BKT Europe said that the meeting was not only important from an operational point of view to plan ahead for marketing activities in 2016 but also played a key role in promoting discussions about methods and strategies that would be used in 2016. The distributors made immense contribution to the discussions on strategy and planning.