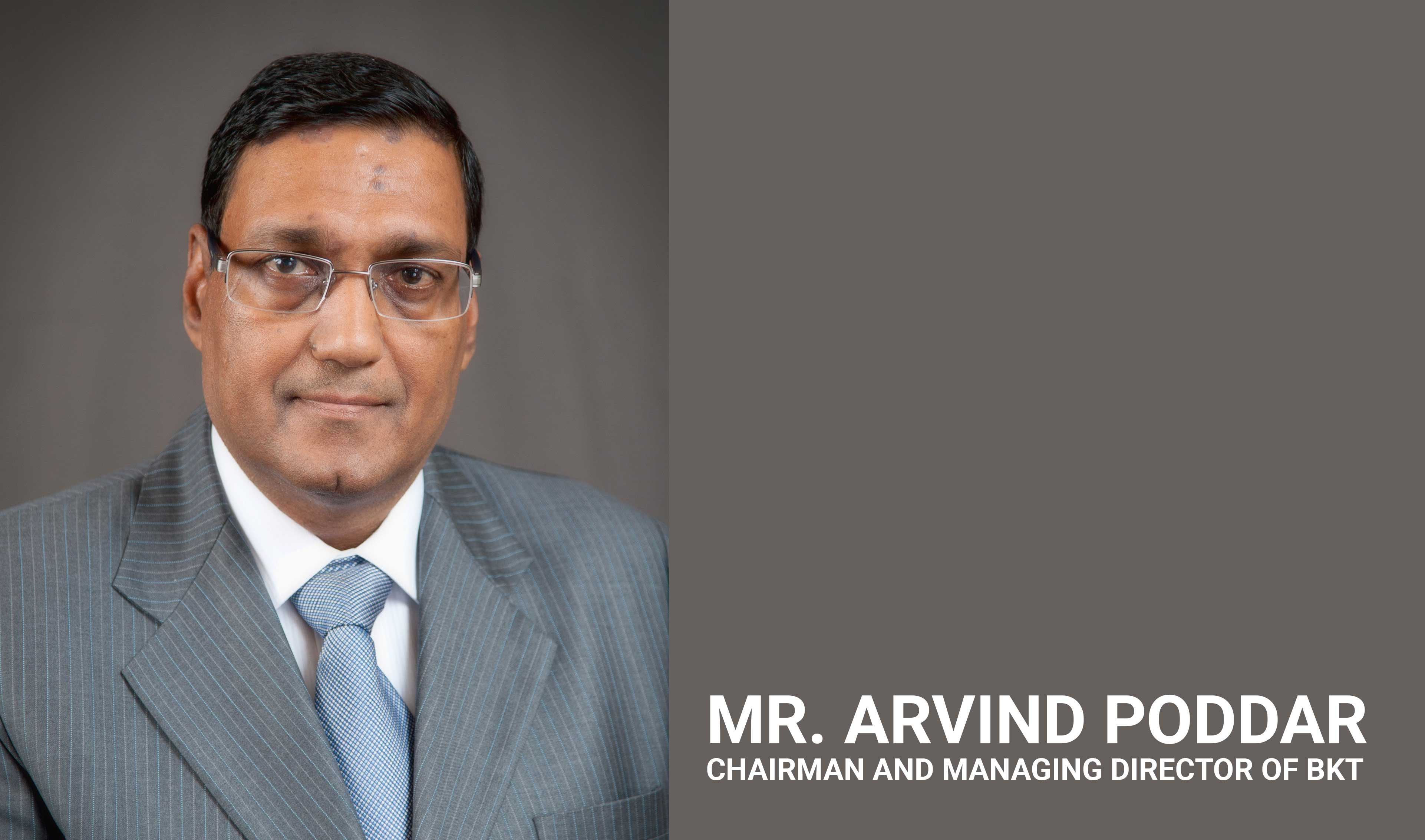 BKT Chairman and MD Inducted into TIA Hall of Fame

Roy Littlefield, the Executive Vice President of the Tire Industry Associations (TIA) recently announced the names of the honorees for the 2018 Hall of Fame Award. The Hall of Fame award is TIA’s highest honor and is one of the most prestigious accolades of the tire industry at a global level. Arvind Poddar, Chairman and Managing Director of Balkrishna Industries Limited (BKT), which is a leading manufacturer of Off-Highway tires based in India will officially be inducted into the TIA’s Hall of Fame on the occasion of the Tire Industry Honors Awards Ceremony. The event is scheduled to be held at the Paris Las Vegas Hotel on October 29, in the runup to the opening of the 2018 edition of the SEMA Show, which is the leading automotive specialty and aftermarket fair and will be held at Las Vegas.

The Tire Industry Association (TIA) was established in 1920 in the United States and was initially a national organization which has over the years evolved into an international non-profit organization that operates at the global level and represents all segments of the tire industry. The association has the stated goal of enhancing the image of the tire industry by promoting safety, training and education. TIA also oversees conventions, advocacy, certifications and publications for the tire industry as a whole.

The TIA Hall of Fame was established in 1985 with the first celebrities of the tire industry being inducted into it. The TIA Hall of Fame was set up with the intention of honoring outstanding personalities, whose accomplishments have brought the tire, rubber, and transportation industries into the limelight. Induction into the Hall of Fame is the highest honor from TIA and it is conferred on an annual basis to key players in the tire industry. They could be retreaders, inventors, dealers, suppliers or manufacturers.

Commenting on the announcement, Arvind Poddar, Chairman and Managing Director of BKT said that receiving this most prestigious award in the tire industry was a great honor that filled him with pride from both a personal and professional point of view. He considered it to be a great achievement for his personal development and his professional carrier. He went on to conclude that the accolade highlighted BKT’s passionate spirit and commitment that drove all its projects.

Being inducted into the TIA Hall of Fame is not just a personal accolade for BKT’s CEO. This award attests to the BKT Group’s development and commitment to excellence over the past few years thus transforming BKT into one which has put in considerable efforts to achieve innovation and sustainability goals. BKT now sets benchmarks in the global Off-Highway tire market and has one of the most extensive product portfolios in the segment.