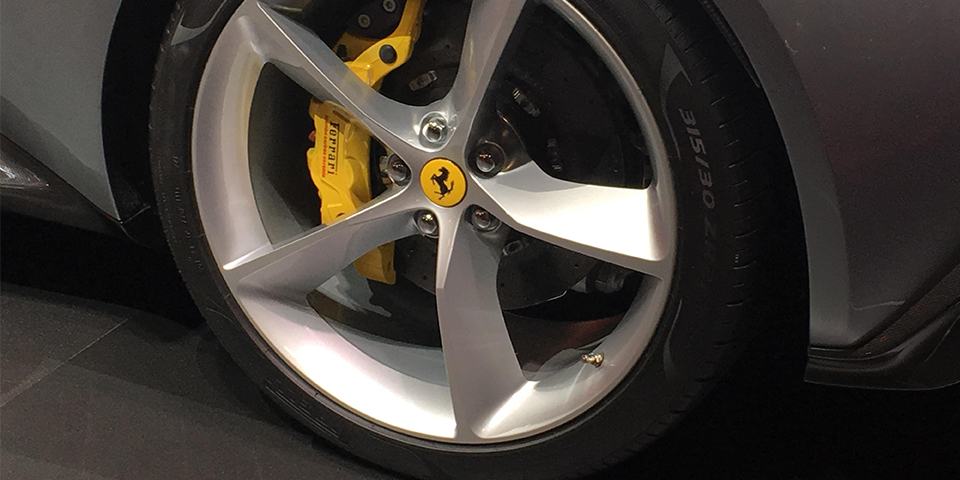 Ferrari has continued its association with Pirelli by choosing a bespoke P zero tire as the OE for the Ferrari Monza SP1 and SP2. The two models are limited edition cars that will highlight a new range of Ferrari cars known as the “Icon” range. The Icon range will tweak the open cars that competed and generally won the Mille Miglia and World Sports Car Championship.

For the Ferrari Monza SP1 and SP2 cars, Pirelli created a bespoke P Zero tire and the process began with a precise requirement of 21-inch diameter tires. It was the first time in Ferrari ‘s history that the car manufacturer opted for this size. Pirelli’s engineers rose to the challenge of offering the expected levels of stiffness, comfort and performance from a Ferrari, despite the record size.

The front P Zero tires also need to faithfully convey to the driver the road conditions through the steering wheel, in order to enhance the driving pleasure. The tires also had to play a role in contributing to the light weighting of the car. Hence, instead of using the traditional reinforced textiles, the bead area was revamped to maintain lateral rigidity while keeping weight to the minimum. This helped to shave off 1.2 kilograms from the weight of the car. The Pirelli P Zero tire sizes for the Ferrari Monza are 275/30 R21 at the front and 315/30 R21 at the back.

The collaboration between Ferrari and Pirelli has been a longstanding one, dating back to the time when the Prancing Horse made its debut. Pirelli tires were used on the Ferrari 500 which Alberto Ascari used to win two consecutive Formula 1 titles in the 1950s, as well as on the Ferrari 375 Plus that emerged as the winner at the 1954 Le Mans 24 Hours. One really memorable collaboration between the two companies was for the legendary F40 in 1987. In this case, Pirelli designed a P Zero tire that was tailored specifically for the V8 biturbo, thus setting the trend of making a whole ranged of customized tires for road cars. Most of the fastest Ferraris have been fitted with Pirelli tires as original equipment, including the F12TDF, LaFerrari and FXX-K among many others.

The collaboration between Pirelli and Ferrari is not limited just to the road. From the time the renowned Ferrari Challenge race series was established in 1993, Pirelli has been the exclusive supplier of tires for the series. Pirelli’s Pirelli Collezione range offers tires provide the perfect combination of original looks and modern technology for classic Ferraris. One such tire is the Pirelli Stelvio that was developed exclusively for what is arguably the most expensive car in the world: the Ferrari 250 GTO.