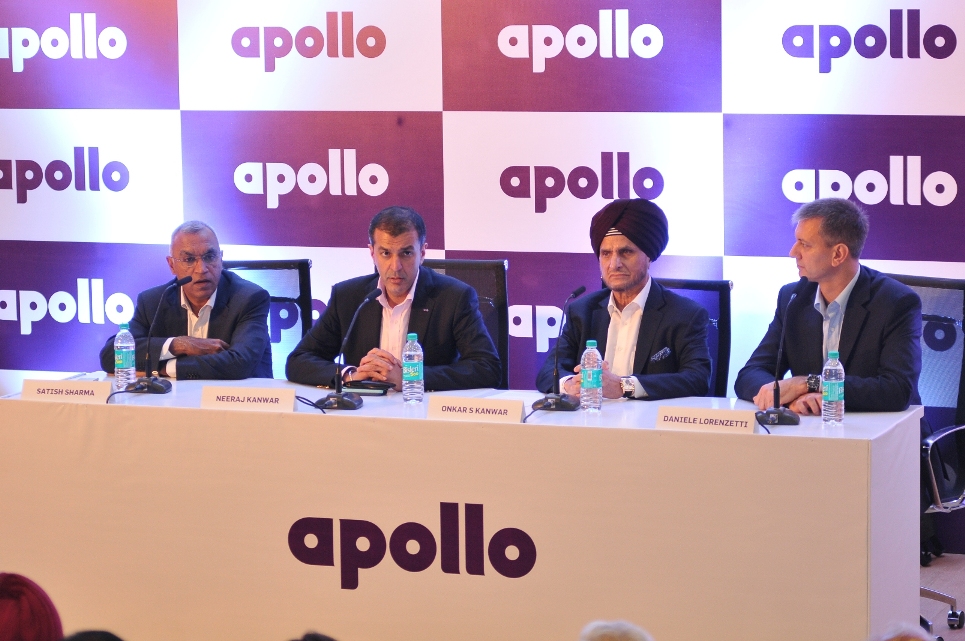 Apollo Tyres formally opened the company’s Global R&D Center, Asia. The new facility is located in the outskirts of the city of Chennai in the southern part of India. This is the tire manufacturer’s second such Global R & D Center with the first such center having been set up in Enschede, Netherlands, in 2013. The company’s Chairman, Onkar S Kanwar, and Neeraj Kanwar, Vice Chairman & Managing Director, Apollo Tyres Ltd formally opened the Global R&D Centre, Asia in the presence of senior officials of the company including the company’s Supervisory Board of Directors and Members of the Management Board.

The two Global R&D Centres of Apollo Tyres will serve as the hubs for the company’s core research for the development of new products and will also cater to developing products that are suitable for the preferences of customers in their respective regions. While the Global R&D Centre, Europe in Enschede, the Netherlands has a 150+ strong team that covers the Europe and America markets, the new center in Asia which has about 140 employees will develop products that have been customized for the Middle East, African and entire Asia Pacific markets.

Speaking at the opening, Onkar S Kanwar, Chairman, Apollo Tyres Ltd said that Apollo has delivered several breakthrough tire products for the Indian market over the past four decades. The new facility is meant to further strengthen the company’s research capabilities in the region and help it break new frontiers. The move to open the new center also aligns well with Narendra Modi, the Indian prime minister’s vision of making technology one of the core sectors in India’s drive to emerge as a superpower.

In addition to the two Global R&D Centres, Apollo Tyres also has also set-up two satellite R&D Centers in Bengaluru and Germany. The Advanced Engineering Centre in Bengaluru focuses on integrating electronics in tire technology, while the second center located  in Raunheim (Frankfurt), Germany is involved in forming alliances with leading German OE customers for both the Vredstein and Apollo brands.

At the opening ceremony, Neeraj Kanwar, Vice Chairman & Managing Director, Apollo Tyres Ltd said that Apollo Tyres has focusing more on R&D in order to incorporate technological advances in its products for customers in the operate it operates in. The establishment of the two Global R&D Centres will take the company further towards attaining its vision of the organization.

A few years ago, Apollo had restructured its Research & Development team across key geographies, to create synergy and greater alignment to the company’s goals for further growth and to generate speed and relevance while entering new markets.