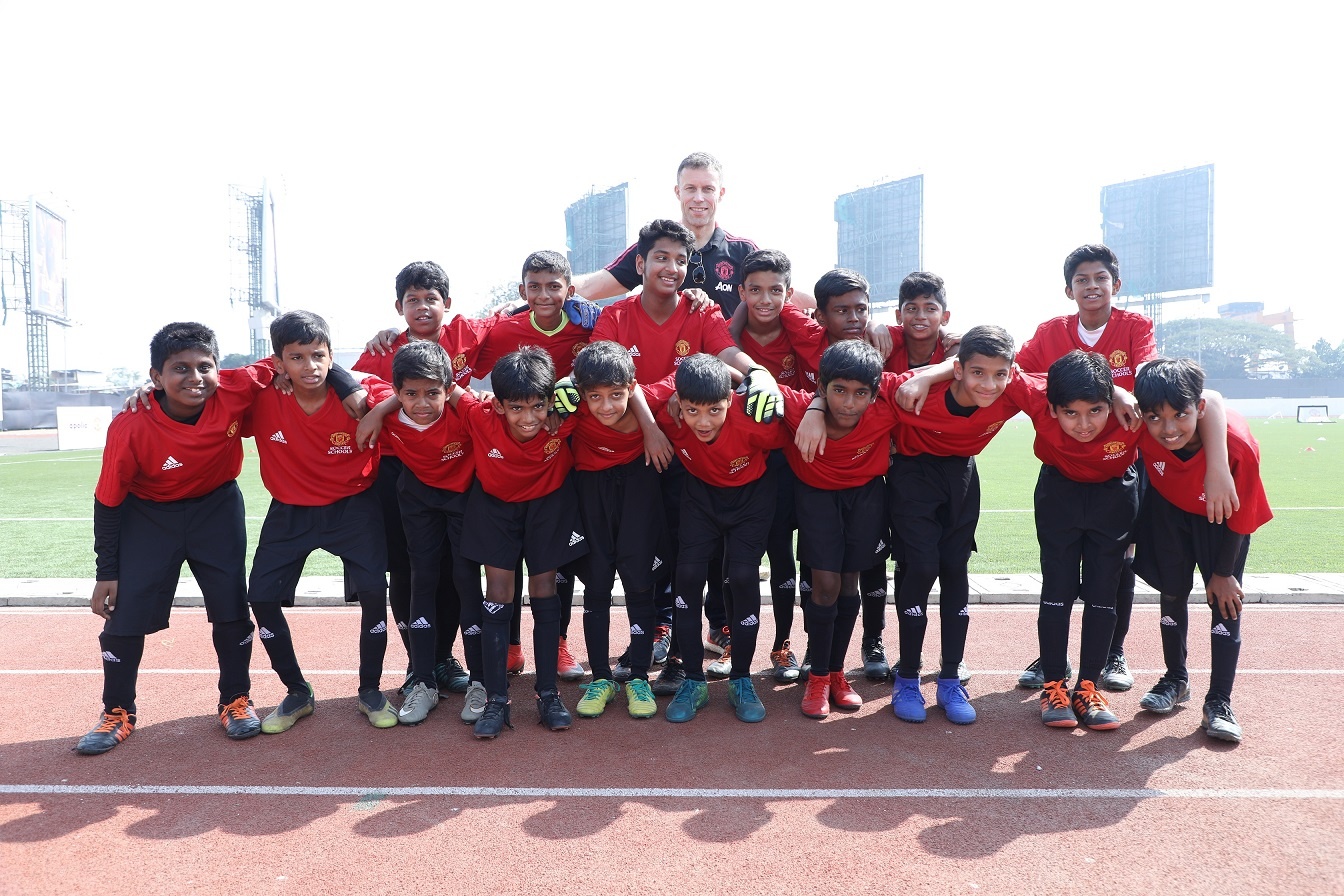 Leading tire manufacturer Apollo Tyres serves as the Global Tire Partner of the famous football club, Manchester United. The two partners have teamed up to launch the United We Play program with the goal of promoting talented young footballers across India. Young kids with good football skills will have a chance to trained by the Manchester United Soccer School (MUSS) coaches. The very best performers can benefit from a once in a lifetime opportunity to train with the Manchester United’s U-18 team, which is scheduled to come on a trip to India for the first time in May 2020.

The United We Play program is meant for footballers in two age groups — U-13 and U-16 – and camps will be held in Delhi, Chandigarh, Mumbai, Goa, Kolkata, Guwahati, Chennai and Bengaluru over the next two months. About 3000 young footballers are expected to participate in these camps. Local coaches will oversee the initial program and shortlist candidates who will enjoy the chance to be impress coaches from the Manchester United Soccer School (MUSS). The MUSS coaches will train the selected footballers from across India to develop some of the same skills and techniques imparted at Manchester United and will choose 32 of the best performers from across the country to come to Mumbai. In Mumbai, they will participate in two training sessions with the Manchester United U-18 squad. The squad will be visiting India on tour for the first time later this year.

Speaking at the launch of the programme, Rajesh Dahiya, Vice President, Marketing, Sales and Service (India, SAARC & Oceania), Apollo Tyres Ltd said that the company has been working to develop football at the grassroot level in India. This campaign would help Apollo Tyres to interact and engage with the community both at the rural and urban centers. Inviting Manchester United’s U-18 team, which has been identifying and providing a steady stream of players to the United’s first team, to visit India, is a part of the company’s continuous engagement with the Indian football fans and would definitely be a great source of inspiration to young footballers in India.

Manchester United’s Director of Partnerships, Sean Jefferson, commented “Manchester United has a longstanding relationship with India, hosting five #ILOVEUNITED events there since 2016 as well as creating bespoke content on our club channels for our millions of Indian fans and followers. We have seen a massive increase in the popularity of football in India over the last few years. As a club we want to encourage this enthusiasm for the game by engaging with initiatives like Apollo Tyres’ ‘United We Play’ programme.”

Manchester United’s Head of Academy, Nick Cox, said that the Under 18 team’s cultural visit to India will be an important part of the squad’s training. It will allow the team to experience what it is like to travel as a team to countries that they might not have visited before, and give them a chance to meet the club’s global fans and experience cultures and climates that are very different from their own.

In addition to being the Global Tyre Partner of Manchester United Football Club, Apollo Tyres, in India, has a presence in the Indian Super League (ISL). It serves as the principal sponsor of Chennaiyin FC. It is also a part of the I-League, with its title sponsorship of Punjab FC. It is closely linked to the DVTK, the leading sports club in Hungary. In the past, company also had a presence in German Bundesliga, with its association with Borussia Monchengladbach.