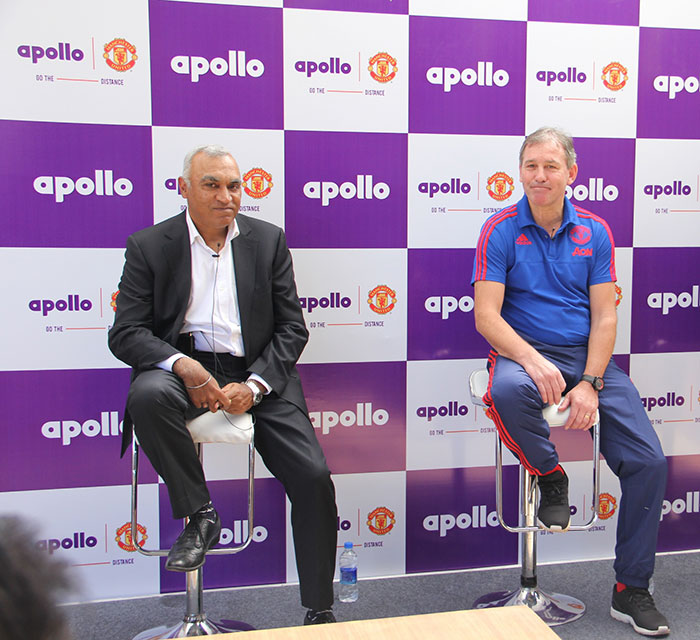 Located in Powai, Mumbai, this is only the second such pitch in the world. The first such football pitch, that was made with recycled rubber was made just outside the home ground of Manchester United, Old Trafford, in the United Kingdom.

The Go The Distance pitch is one that confirms to the highest international standards and is made entirely from rubber that has been recycled from Apollo’s tires. About 10 tons of rubber, obtained from 2200 tires was used for making the pitch. The main factors that were kept in mind during the design process for the pitch was that it should offer players the maximum opportunity to utilize their accuracy, agility and control. These three characteristics are the key performance aspects for all products made by Apollo Tyres.

Speaking at the inauguration, Satish Sharma, President, Asia Pacific, Middle East & Africa (APMEA), Apollo Tyres Ltd said that as a company, Apollo Tyres is committed to sustainability. The Go the Distance playgrounds in Chennai which were made from using tires past their prime, the new pitch in Mumbai and the company’s increased emphasis on retreading exemplify this approach. This Go The Distance pitch will be available to young players from communities in the neighborhood to sharpen their football skills.

The enthusiastic young football fans at the venue were lucky enough to watch a display of professional football skills by Bryan Robson, former captain of Manchester United.

“Go The Distance pitch is a very good platform provided by Apollo Tyres and Manchester United, which will help encourage the next generation of football talent, and allows us to engage further with the local community,” said Bryan Robson during the inauguration.

Apollo Tyres will be collaborating with Kick For All Academy for the upkeep, maintenance and proper utilisation of the Go The Distance pitch.