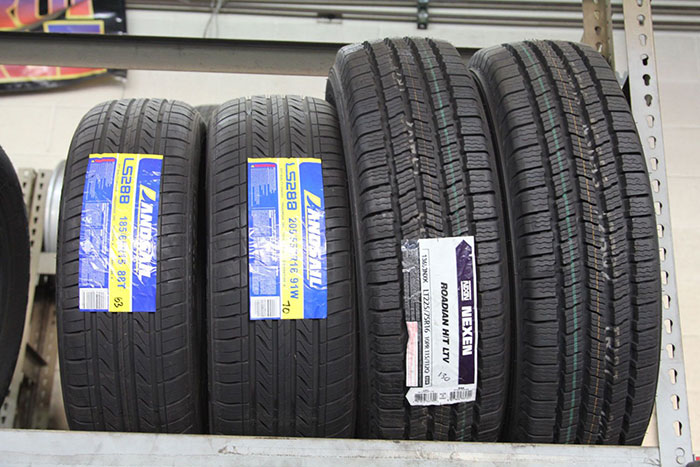 All UAE Tires to have Performance Rating from Next Year

A top official from the Emirates Standardization and Metrology (Esma) has revealed that it will be mandatory for all tires that are manufactured and sold in the UAE to have fuel efficiency and wet grip ratings from next year. Recently, a similar rating system was announced for all light vehicles.

According to Abdullah Al Muaini, director-general of Esma, the design of tires and their rolling resistance has a great impact on the fuel consumption of a vehicle. Hence, it is only right that this information is made available to the consumer. He said consumers have a right to know which tires are likely to offer them more safety and more value for money. The tire’s structure also affects the quality of its grip in wet conditions, with some tires performing better than other in wet conditions based on their design and the technology used in their manufacture. Hence, Esma will be henceforth carefully examining and rating all tires entering the UAE based on their fuel economy and their performance in wet conditions.

A tire with an “excellent” rating can help consumers cut fuel costs by 20 per cent while one with a rating of ‘very poor’ will lead to the vehicle using more fuel than it should.

According to Al Muaini, the technical requirements have already been approved by GCC and Esma’s board of directors and the new rating system will come into effect from January 2017.

“Rolling resistance and wet grip of the tires shall be tested and documented in accordance with the international technical Regulation UNECE R 117,” he said.

Esma will conduct regular inspections in collaboration with local civic bodies to make sure that all tires sold to consumers are correctly labeled with their rolling resistance and wet group ratings.

In 2015, Esma had introduced the concept of RFID stickers for all tires that are sold at the retail level in the UAE to minimize duplication and tampering in the tire business and give greater protection to consumers.The RFID chip embedded in the sticker gets damaged if it is removed, making it impossible to reuse.

In 2012, Esma thoroughly revamped the regulations on the manufacture, sale and distribution of tires with the introduction of a new ‘birth to death’ scheme, that clearly outlines quality control specifications right from the manufacturing stage to the safe disposal of used tires.

Among the highlights of the regulations are the requirement of additional certification for manufacturers, complete ban on sale of used tires as well as restriction in re-treading and repair of tires, while proper storage and disposal of tires have also been given utmost importance.

Based on the amended law, used tires, even if they have been used only for a few days are deemed unsafe and are not permitted to be sold. The use and sale of retreaded tires is permitted only if the retreading is carried out by certified firms through a pre-agreed process. In spite of the ban that is in place, many outlets in Sharjah openly continue to sell used tires.