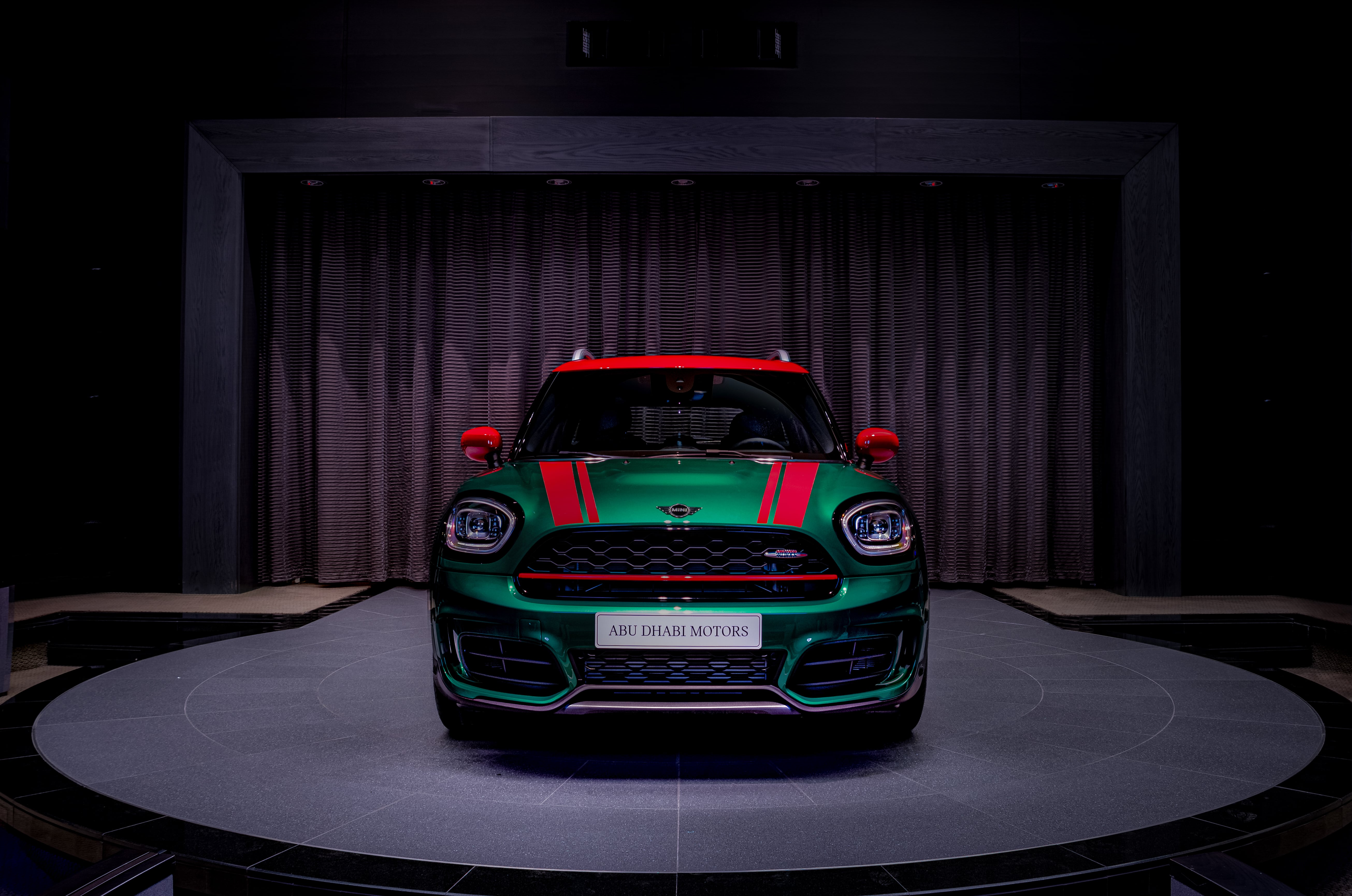 The new MINI Countryman is now at Abu Dhabi Motors

Thanks to its unmistakable proportions, the new MINI Countryman is instantly recognisable as the biggest and most versatile member of the MINI model family. Characterised by its formidable performance, agility and personality, the model is perfect for motorists who crave individuality.

The vehicle has a range of wonderfully unique design touches that makes sure it stands out from the crowd. The spacious model not only has five fully-fledged seats, but also features a touchless-opening electric tailgate and a fold-out picnic bench which is compactly stowed away in the car’s luggage compartment.

From the outside, the model boasts a distinctive shape with a reimagined radiator grille that underlines the Countryman’s powerful design. Adorned with the iconic Union Jack pattern, the rear lights emphasise MINI’s history and its rugged, yet contemporary new look.

The Countryman’s distinctive interior design includes ergonomically optimised controls for ease of access, which both the driver and the front seat passenger can enjoy alongside LED lighting that adds a stylish ambience to the cockpit.

Under the hood, the ALL4 all-wheel drive system provides a noticeable boost in terms of traction, driving stability and agility. Adding to the enhanced engines portfolio, the new MINI Countryman achieves the best balance between driving fun and fuel consumption.

In terms of power, the MINI TwinPower Turbo technology is used on both 3- and 4-cylinder petrol engines, which provides a power range between 100 KW / 136 hp to 225 KW / 306 hp. Meanwhile the MINI Cooper Countryman ALL4 also features an 8-speed Steptronic transmission.

Commenting on the new arrival, Remy Hussein, Marketing and CRM Manager at Abu Dhabi Motors added, “The MINI Countryman can take on any terrain, whether it be city streets or more rugged paths, standing out amongst the crowd. Defined by its supreme mobility, and extreme versatility, the model attracts some of our most daring and adventurous clients.”

Packing a powerful punch in a compact design, the Countryman is perfect for those who crave the iconic MINI look but want a vehicle with a bit more torque. Therefore, we are confident that the launch of the new MINI Countryman is sure to make waves in the region.