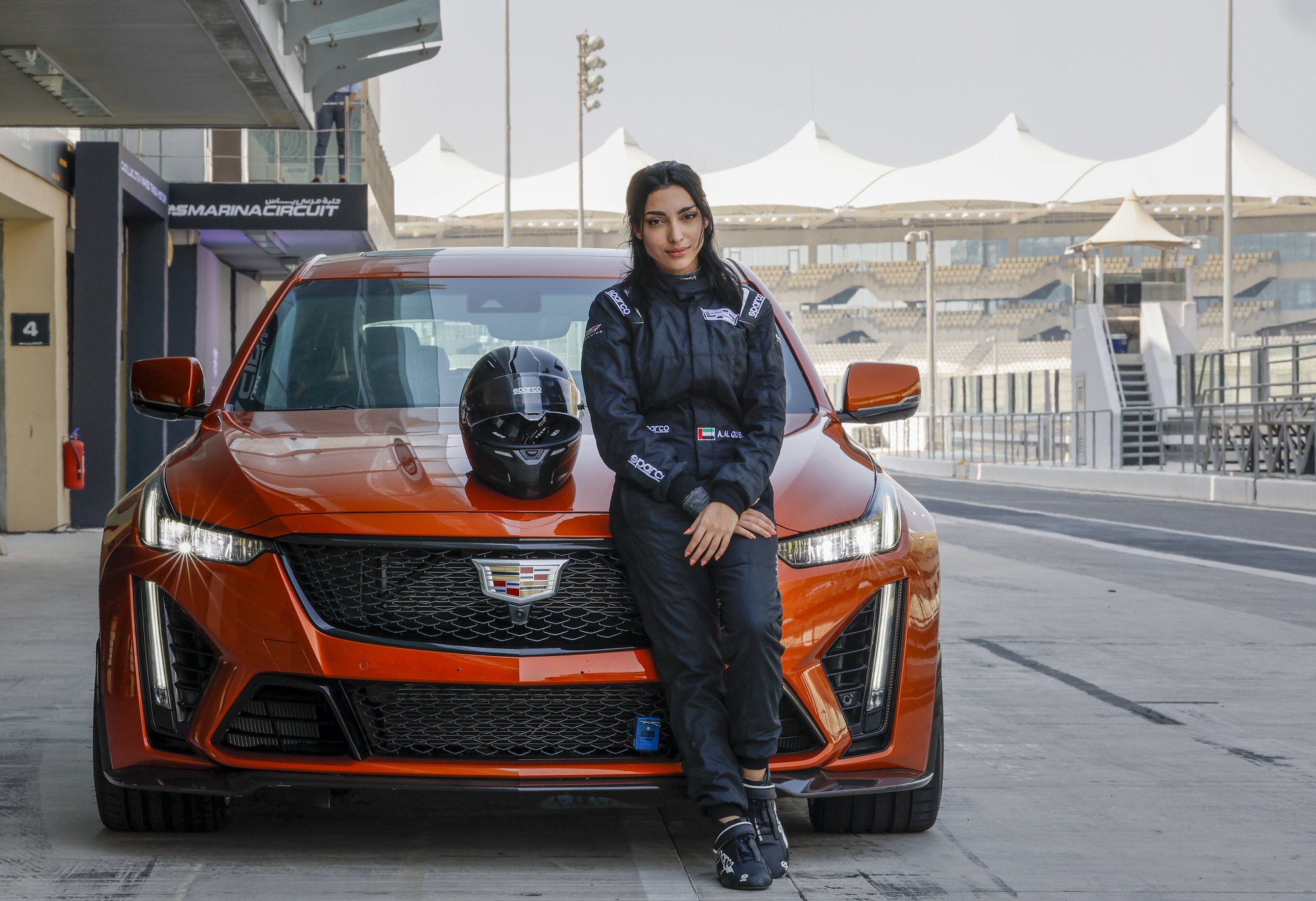 Cadillac’s fastest, most powerful and most track-capable sedans ever have zoomed into the Middle East in record time, setting new standards for performance vehicles in the region. To mark the arrival of the highly anticipated 2022 V-Series Blackwing, Cadillac Arabia partnered with racing icon Amna Al Qubaisi to set a record track time at Abu Dhabi’s Yas Marina Circuit. Achieving the official title of “Fastest Production Sedan around the Yas Marina Circuit” in the CT5-V Blackwing, Al Qubaisi tore up the track in just 2.2098 minutes.

Securing the record at Yas Marina Circuit, racing driver Amna Al Qubaisi said: “The Cadillac CT5-V Blackwing is a beast on the track. Between the balance, power and transmission, it’s an absolute joy to drive. The driver feedback is second-to-none and the harder you press it, the more it rewards you. It was a pleasure for me to be able to set a new record at YMC with the Blackwing”.

The distillation of decades of Cadillac racing excellence, the 2022 Cadillac V-Series Blackwing blend motorsport mastery with the height of Cadillac craftsmanship and innovation, resulting in the most track-capable Cadillacs built and true icons in their class. What’s more, the Cadillac V-Series Blackwing vehicles have limited production and are built to order, whilst each engine is hand built and signed by the master engine builder on the CT5-V Blackwing.

Commenting on their arrival to the region, Kristian Aquilina, Managing Director, Cadillac International Operations and Cadillac Middle East said: “There was only one way to launch the V-Series Blackwing in the Middle East, and that was by uniting two racing icons on the track for this extraordinary and unforgettable moment.

“Cadillac has a history in the record books, from Le Mans to the Pirelli World Challenge, and performance will always be a part of Cadillac’s DNA as we continue to bring new products and technologies to market. The Cadillac V-Series Blackwing vehicles are truly something special, already gaining a cult following before landing in the region. We cannot wait to hear what our customers think”.

Assisting Amna to set the track record is an upgraded and hand-assembled 6.2L supercharged V8 engine that delivers 668 horsepower and 893 nm torque, making it the most powerful Cadillac ever produced. To put it into perspective, the CT5-V Blackwing has a top track speed of more than 320 kph, bolstered by world class performance settings that have been optimized to the maximum.

Drivers can look forward to a plethora of record-breaking features such as MICHELIN® Pilot Sport 4S tires that were developed exclusively for them, as well as the largest factory-installed brakes in Cadillac history on the CT5-V Blackwing.

A limited number of CT4-V Blackwing and CT5-V Blackwing models will soon be available from Cadillac dealers across the Middle East.